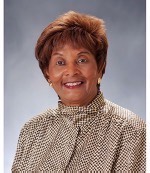 Dr. Dorothy Drinkard-Hawkshawe is the director of AFAM as well as a professor of history.  She received her M.A. from Howard University (1963) and her Ph.D. from Catholic University of America (1974).  Her research emphasizes the Civil War and Reconstruction, the Civil Rights Movement, and Constitutional Law. 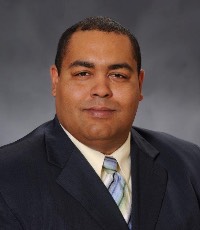 Dr. Daryl A. Carter is associate professor of history and graduate coordinator at East Tennessee State University.  He is the author of the forthcoming President Clinton, African Americans, and The Politics of Race and Class, by The University of Arkansas Press.  Dr. Carter is also the author of the forthcoming, Race and the American Presidency, by Praeger.  Currently, Dr. Carter is working on a book-length manuscript on the political career of the Sen. Howard H. Bakers, Jr. Dr. Carter holds a B.S. and M.A. from East Tennessee State University and his Ph.D. from The University of Memphis.  He lives in Johnson City, Tennessee, with his wife and children. 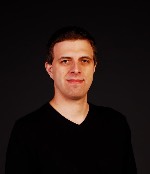 Jason Day attended Roane State Community College on a full guitar scholarship and in his 2nd year, transitioned to the piano, graduating in piano performance. He moved on to the University of Tennessee Music School where he studied under Donald Brown and Jerry Coker, graduating with a bachelors degree in studio music and jazz. At the University of Tennessee he obtained a Masters degree in jazz studies. Today, he is on the adjunct faculty assisting the AFAM program in teaching jazz. 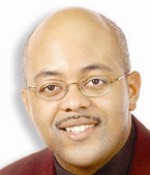 Adam Dickson earned his Bachelor of Arts degree in Political Science from Carson-Newman College and his Master of Public Administration degree from East Tennessee State University. He is responsible for the development/instruction of the course, Black American Political Thought. Adam is also heavily involved in the community, serving as Vice-President of the local Boys and Girls Club, chair of the Martin Luther King Steering Committee, and recently being appointed to the Tennessee Commission on Children and Youth. 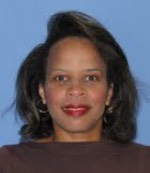 Dr. Dinah Mayo-Bobee received her bachelor's degree with a focus on African American history from Norwich University and a Ph.D. in U.S. history at the University of Massachusetts Amherst.  She wrote the journal article, "Servile Discontents:  Slavery and Resistance in Colonial New Hampshire, 1645-1785" and is currently revising her book-length manuscript, "Something Energetic and Spirited:  New England Federalists and the Battle for a Free Nation, 1800-1820." 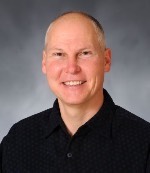 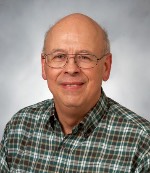 Charles Gunter, Jr. emphasis is in Regional Geography including Africa and Latin America.  He also focuses on cultural geography, making him a welcomed addition to the AFAM faculty. 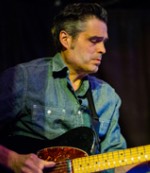 Barry Hannah is a part of the Adjunct Faculty.  He teaches the History of Jazz as well as is a professional guitarist.  He has a M.A. from the University of Tennessee in Jazz Guitar and currently is the head of the guitar department at ETSU. 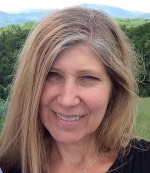 Kittye Hirsch has received both her B.S. and M.A. in Sociology from ETSU and is now a part of the Adjunct Faculty.  She contributes to the AFAM program in teaching a course concerning minorities. 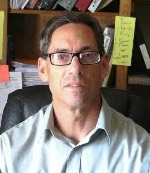 Paul Kamolnick emphasizes in producing policy-relevant findings that may be used by US national security policy makers and strategists to counter Al-Qa'ida based and inspired anti-American global terrorism. Recent publications propose specific means for countering Al Qa'ida's tactical propaganda aimed at inciting and recruiting a new generation of terrorist actors. His experience concerning sociological studies in minorities allows him to contribute to the AFAM program. 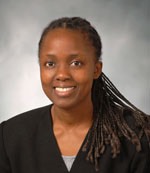 Dr. Martha Michieka teaches African literature.  She serves as an assistant professor in the Literature and Language Department and Director of the Linguistics minor.  Her research interests include sociolinguistics, World English, and TESOL. Dr. John Rankin comes to ETSU by way of McMaster University where he taught courses in African, Caribbean, British, and World History.  He recently completed the articles, "Nineteenth-Century Royal Navy Sailors from Africa and the Diaspora:  Research Methodology, " and, "The Health of British and African Sailors" which compares the health experiences of African and European sailors within the suppression fleet. 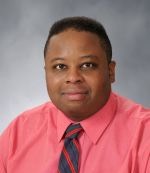 Dr. Elwood Watson is a professor of history and African American Studies and has been at ETSU since 1997.  He received his M.A. in 1992 at the University of Delaware and his Ph.D. in 1999 at the University of Maine. His interests in research include 20th Century post World War II U.S. history, African American history and studies, gender studies, and popular culture and ethnographic studies.