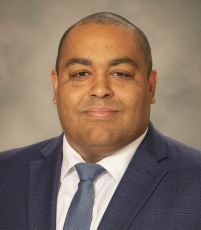 Dr. Daryl A. Carter is the interim director of Africana Studies and a professor of history at East Tennessee State University. He has taught numerous courses and students in the program during his career at ETSU. As a trained historian in American political history and African American history, Dr. Carter brings a deep knowledge and understanding of the complexities of African American history. He is the author of the highly regarded Brother Bill: President Clinton And The Politics of Race and Class, published by The University of Arkansas Press. Currently, Dr. Carter is working on a book length examination of American liberalism, Edward M. Kennedy, and the United States since 1980.

Dr. Carter holds a B.S. in Political Science and M.A. in History from East Tennessee State University. He earned his Ph.D. in American history at The University of Memphis. He lives in Johnson City, Tennessee, with his wife and children. 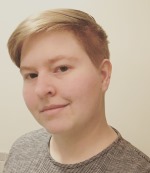 Lydia Carr is an executive aide in Africana Studies as well as Literature and Language. She holds a B.A. and M.A. in Literature from East Tennessee State University. Her M.A. specializations include 20th & 21st Century British and American Literature, LGBTQ+ Literature, and Medieval Literature. Lydia is a native of the Tri-Cities area and lives in Elizabethton with her cat, Pachi.