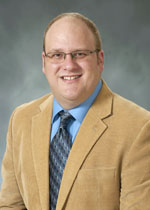 Areas of Specialization: Eighteenth-century French literature, Intellectual history of the Enlightenment, Justifications of moral and political values, Interactions between the emotions and reason.

Arthur Kölzow, the director of the French program at ETSU, joined the faculty of the Language and Literature department in the fall of 2016. He teaches students of all levels, from beginners to majors. His most recent courses focus on improving students’ language skills through the study of culturally-relevant texts and films, but he has also developed and taught courses on the literature of France from the seventeenth century to the present. His academic research centers on eighteenth-century French philosophy and intellectual history, in particular the justification of moral and political ideas. His most recent work discusses the relevance of the emotions in correcting behavior and in distinguishing right from wrong.