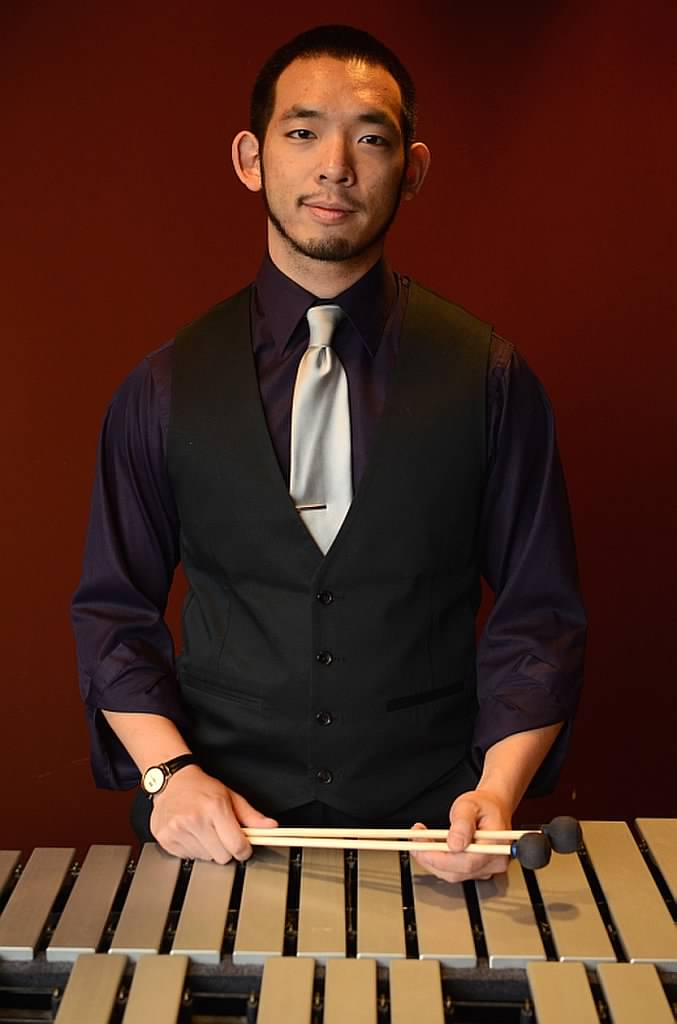 Darren Lin is a percussionist, educator, and conductor based in Arlington, VA where he is a percussionist in the “President’s Own” United States Marine Band. As a classical percussionist, Darren has appeared with the Buffalo Philharmonic, New World Symphony, New Haven Symphony, the Portland Symphony, and in 2015 was principal percussionist of the Orchestra of the Southern Finger Lakes. In 2017 he was a fellow of the Pacific Music Festival in Sapporo, Japan and in 2018 was an extra at the Tanglewood Music Center in Lenox, Massachusetts. He has worked under the batons of Valery Gergiev, Michael Tilson Thomas, Andris Nelsons, Gerard Schwarz, JoAnn Falletta, and Jun Märkl.

Darren is equally dedicated to championing contemporary music. He is the Founder and Artistic Director of new music ensemble [sunflower], commissioning works from innovative composers like Molly Joyce, Randy Woolf, and Joseph Pereira. In December 2018, he premiered a shadow puppet play entitled ‘Magic Pearl’ at the Lincoln Center in NYC. In October 2017, Darren appeared as a guest artist at the Pacific Rim Music Festival in Santa Cruz, California, performing and recording Hi Kyung Kim’s “Isles of Light” with the Borromeo String Quartet. He frequently performs with the NakedEye Ensemble, "an eclectic eight-member electro-acoustic ensemble with classical, rock, and jazz DNA, [that] commissions and performs seminal works by cross-over and cutting-edge composers." He has also attended the Chosen Vale Percussion Seminar (2011, 2012) and the So Percussion Summer Institute (2013).

A passionate advocate for music education, Darren has taught at the undergraduate, high school, middle school, and elementary levels. His students consistently place with high honors in Solo and Ensemble competitions and are frequent selections for All State Bands and Orchestras. Several of his students have gone on to further studies in percussion at esteemed programs like the Crane School of Music, Eastern Michigan University, and the University of Michigan. As a guest artist, Darren has given clinics at high schools and middle schools in over 30 different states and led masterclasses at Penn State, SUNY Buffalo State, Northern Arizona University, and the University of Washington. He has also taught music in public schools, holding an interim post as Director of Bands at the Western Middle School in Parma, MI in 2015. In 2018, Darren was the Adjunct Professor of Percussion at Lebanon Valley College in Annville, PA.

Darren holds Bachelor of Music Performance and Education degrees from the University of Michigan, a Master of Music Performance degree from the Eastman School of Music, and a Graduate Diploma from the New England Conservatory. His primary teachers include Will Hudgins, Michael Burritt, Joseph Gramley, and Jonathan Ovalle.