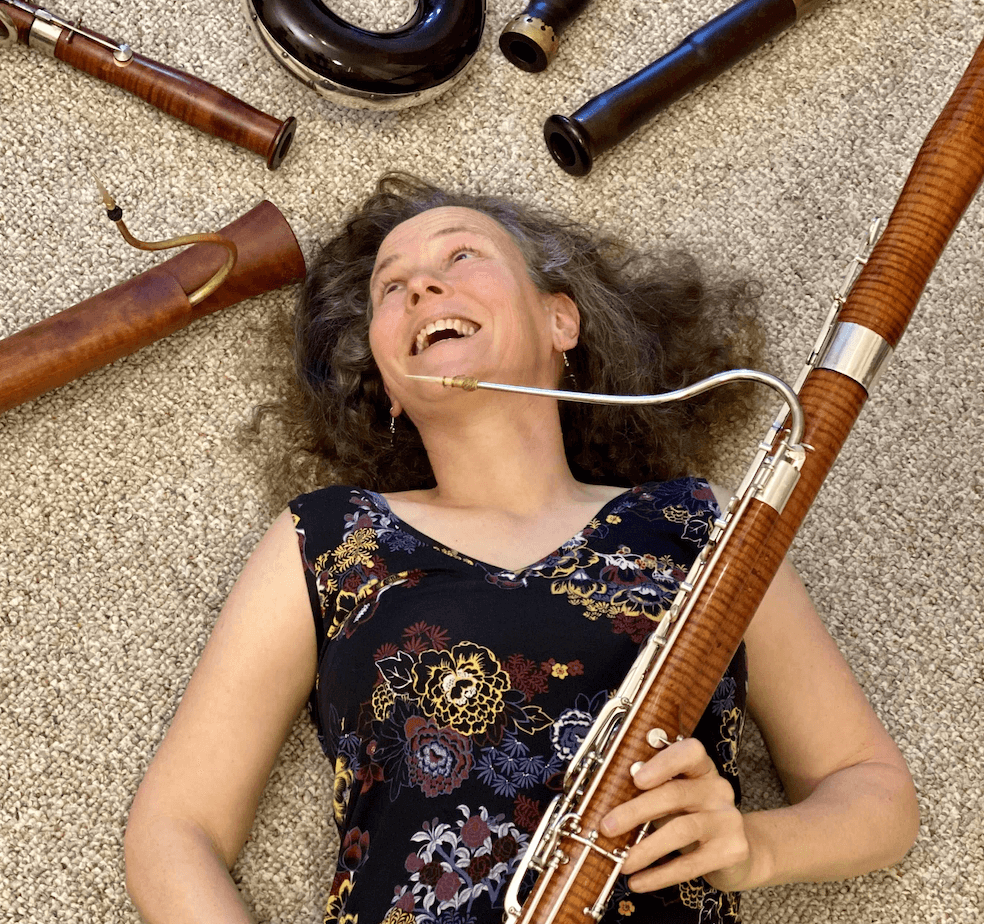 Bassoonist Tracie Whitelaw has spent the last twenty years as a military musician with the United States Army. As a First Sergeant, she led her Soldiers on musical performances and educational outreach for audiences all over the world. Favorite moments include working with Iraqi musicians at the American Embassy in Baghdad, teaching masterclasses at the St. Joseph’s Indian School in South Dakota, performing friendship concerts at the Seoul Tower in South Korea, participating in the 60th anniversary of D-Day ceremonies in Normandy, being an artist-in-residence at the El Sistema-based program, Soundscapes, in Newport News, Virginia, and touring the American west coast with the Army Field Band where they recorded Soundtrack of the American Soldier at Skywalker Sound. Tracie spent three years teaching the bassoon and chamber music at the Armed Forces School of Music in Norfolk, Virginia, working with all incoming bassoonists for the Navy, Marines, and Army. While on faculty, she coordinated many masterclass opportunities for her students, including sessions with the Imani Winds.

An advocate for new music, she is a member of the International Fellowship of Conductors, Composers, and Collaborators and has been a member of several chamber groups that have debuted new works by living composers including Brian DuFord and Heather Schmidt. With a passion for social justice, she has also produced several benefit recitals in Texas and Virginia focusing on feeding the homeless.

Tracie is a Master Resilience Trainer for the Army where she received her training from the University of Pennsylvania Positive Psychology Center. She also has an education degree from the University of Calgary and has always been fascinated by how we learn. She is an avid believer in life-long learning and works tirelessly to help unleash every student’s potential, and to help them embrace and fall in love with the never-ending journey of mastery.