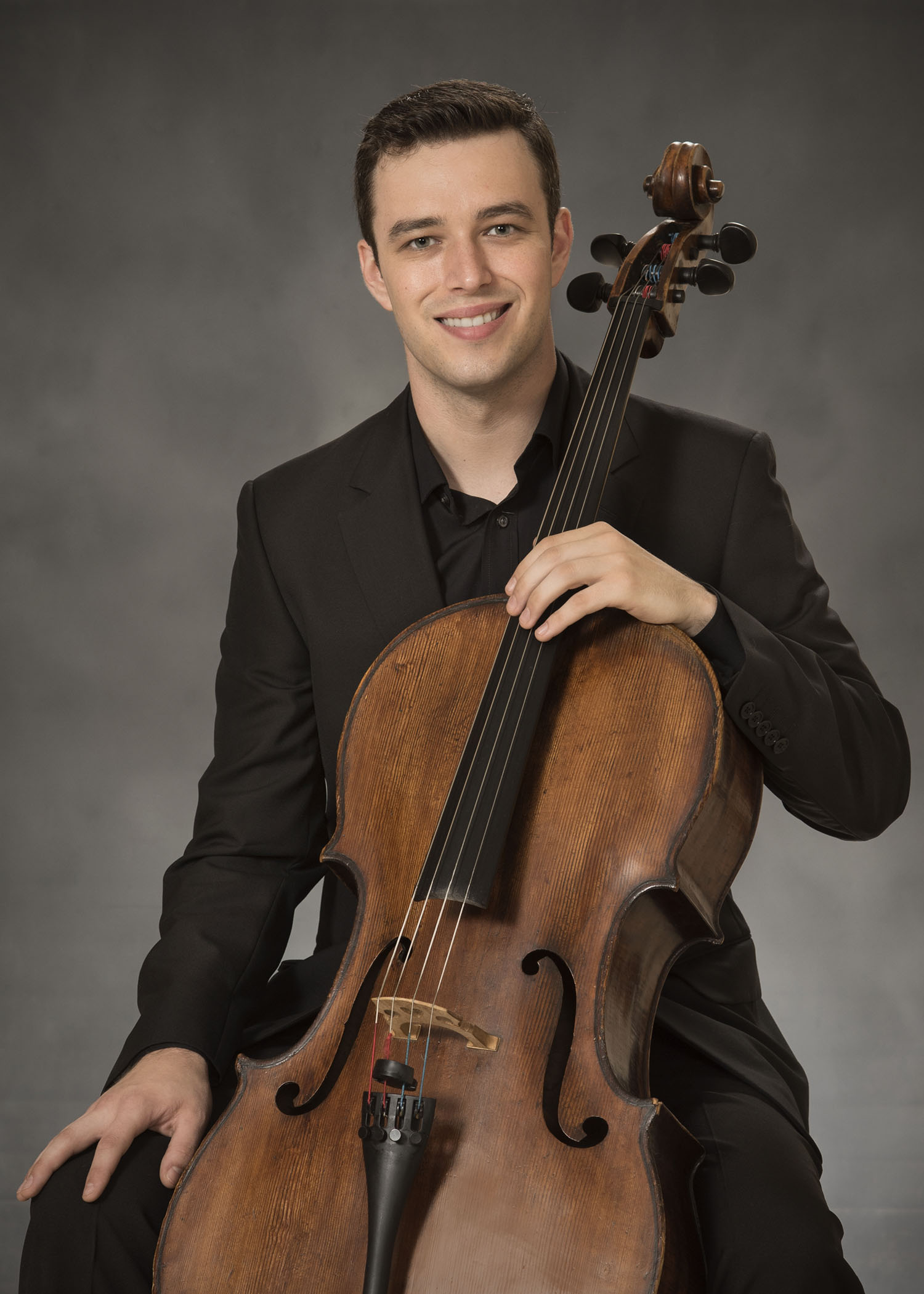 Dr. Sean Hawthorne has gained international recognition for his achievements as a chamber musician, orchestral musician, soloist and educator. He was appointed as the assistant professor of cello at East Tennessee State University in 2018. Dr. Hawthorne received his DMA from Stony Brook University in 2018, after having earned a Bachelor’s Degree from The Juilliard School and a Master’s Degree from the Royal Conservatoire of The Hague. His primary teachers were Richard Aaron, Michel Strauss and Colin Carr.

Dr. Hawthorne has enjoyed an active and far-reaching orchestral career performing with orchestras such as the National Arts Centre Orchestra of Canada, the Royal Philharmonic in London, and the Residentie Orkest in The Hague. He served as principal cellist of the National Repertory Orchestra for two years, during which time he was featured twice as a soloist, performing Strauss’s Don Quixote and Tchaikovsky’s Variations on a Rococo Theme. In 2014, Dr. Hawthorne was selected as the Institute for Orchestral Studies cello apprentice with the National Arts Centre Orchestra under Maestro Pinchas Zukerman. He has also been a member of a number of renowned summer festival orchestras, including the Eastern Music Festival Orchestra and the Spoleto Festival USA Orchestra.

As a chamber musician, Dr. Hawthorne has collaborated with musicians such as Colin Carr, Arnaud Sussmann, Jennifer Frautschi, and members of the Emerson String Quartet. He has been a featured artist in venues such as Carnegie Hall and Alice Tully Hall in New York, the Concertgebouw in Amsterdam, the Dr. Anton Philipszaal in The Hague, and Casa da Música in Porto. He has studied chamber music under the tutelage of the Juilliard String Quartet, the Emerson String Quartet, Gilbert Kalish, Sylvia Rosenberg, Donald Weilerstein, Timothy Eddy, and David Finckel.

As a teacher, Dr. Hawthorne has held positions at Stony Brook University and Eastern Music Festival. He established himself as a sought after teacher for young cello students in the New York area, serving as cello instructor at the Herald Music School, the Joyous Music School and the Music Academy of Long Island. Students of Dr. Hawthorne’s have been accepted into top music programs, such as the Juilliard Pre-College program.