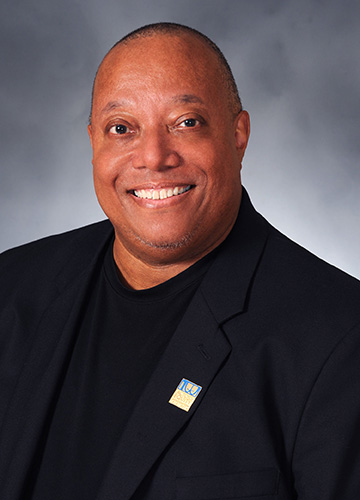 Herb Parker came to ETSU after 25 years as an actor. His directing credits for the Department of Theatre and Dance include Hamlet, As You Like It, Cat on a Hot Tin Roof, The Trojan Women, and his own adaptation of Shakespeare’s Julius Caesar, Caesar 2012. He is a five-time recipient of the KCACTF Meritorious Service Award for "Excellence in Directing” for his ETSU productions of Little Shop of Horrors, A Midsummer Night’s Dream, Six Characters in Search of an Author, Race, and Othello. He has acted on campus in Macbeth, Inherit the Wind, and in a co-production with Oldcastle Theatre Company, My Children! My Africa! He is the author of two books from Routledge; Acting Shakespeare is Outrageous! Playing the Bard for Beginners, and A Monologue is an Outrageous Situation! How to Survive the 60-Second Audition, published in July 2017 and March 2016, respectively. His first book, Bark Like a Dog! Outrageous Ideas for Actors, was published in 2013. Professor Parker holds a BFA in Theatre Arts from Stephens College and an MFA from Ohio University’s Professional Actor Training Program, and he is a proud long-time member of Actors' Equity Association.