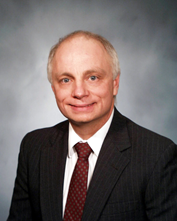 He has been teaching at ETSU since 1984.  During his tenure at ETSU, he has taught all the tax courses offered here.  In addition, he has dabbled in financial accounting and information technology, developing and teaching ACCT 2000 – Accounting for Nonbusiness Majors and ACCT 3320 – Information Technology for Accounting.  In 1992, he received the ETSU College of Business Faculty Excellence Award for Teaching.

Although most of his peer-reviewed journal articles focus on taxation, Kent also has published papers on teaching, computer security, spreadsheet design, and even pharmacy law.  A few of his articles have been cited in several law review articles and in a couple of court opinions.  In 1992, Kent’s article on generic tax shelters was cited and quoted in an opinion of the U.S. Court of Appeals for the DC Circuit, Horn v. Comm., 968 F.2d 1229 (CA-DC, 1992).

Kent has chaired the College of Business and Technology Tenure and Promotion Committee for the better part of the past 20 years and served as Academic Misconduct Officer for the college from 1985 until 2006.  He has served as the volunteer bookkeeper for St. Elizabeth Church since 1997 and as assistant scoutmaster for Boy Scout Troop 37 from 1997 until 2005.

ACCT 2010 Principles of Accounting I