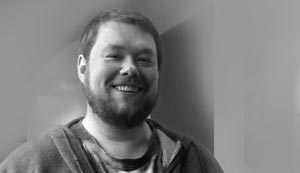 Gregory Marlow holds two degrees from East Tennessee State University, a Bachelor of Science, obtained in 2003, and a Master of Science, obtained in 2006. He also received a Certification in Advanced Character Animation from Animation Mentor in 2008. He has worked in the animation and video game industry for nearly eight years. He spent four and a half years at Firaxis Games (2K) in Baltimore, MD, working as a Character Animator and Artist for the Civilization V and XCOM franchises. Some of his published titles include Civilization V, Gods and Kings, Brave New World, XCOM: Enemy Unknown Slingshot DLC, XCOM: Enemy Within, Orion Dino Horde, and Bioshock Infinite. He has also worked on numerous edutainment games and applications. He is the author of two instructional ebooks for software in the Autodesk family, and he enjoys writing fiction when no one is looking. He loves to read, listen, watch, or experience a good story. Though Greg has several awards for his work, the award of which he is proudest is the marriage certificate he obtained in Las Vegas with his wife, Amanda Livingston.

Some of Greg’s animation can be seen below: