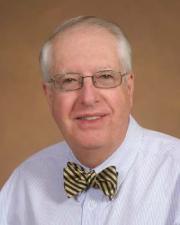 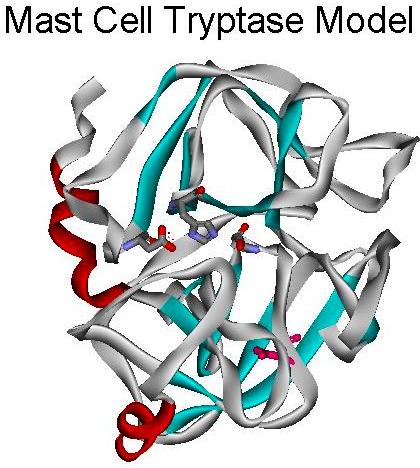 
Research deals with proteolytic enzymes and their inhibitors, including protein purification, characterization, sequencing, structure function relationships, kinetics, and regulation. Particular emphasis is placed on the roles of proteases and inhibitors in the pathogenesis of human diseases. Work on the structure of human alpha-1-proteinase inhibitor led to the discovery of its active site and we showed that oxidation of a methionine residue in the inhibitory site of α1-PI caused the loss of elastase inhibitory activity. This finding resulted in the hypothesis that oxidants can lead to a lung-localized inhibitor deficiency. A deficiency of α1-PI, which normally inhibits neutrophil elastase, is known to cause emphysema. This led to studies of the reactions of ozone and nitrogen dioxide on the function of human α1-PI and the secretory leukocyte proteinase inhibitor found in human bronchial mucus, which also inhibits neutrophil elastase. Another long-standing project focuses on the structure and function of human mast cell tryptase, an unusual serine protease that is the most abundant protein in mast cells. Recently, tryptase has been shown to activate protease zymogens, suggesting a critical role in tumor growth and the pathogenesis of arthritis. Pichia pastoris has been used to expression of recombinant human mast cell and neutrophil serine proteases, as well as human enterokinase and C-reactive protein.