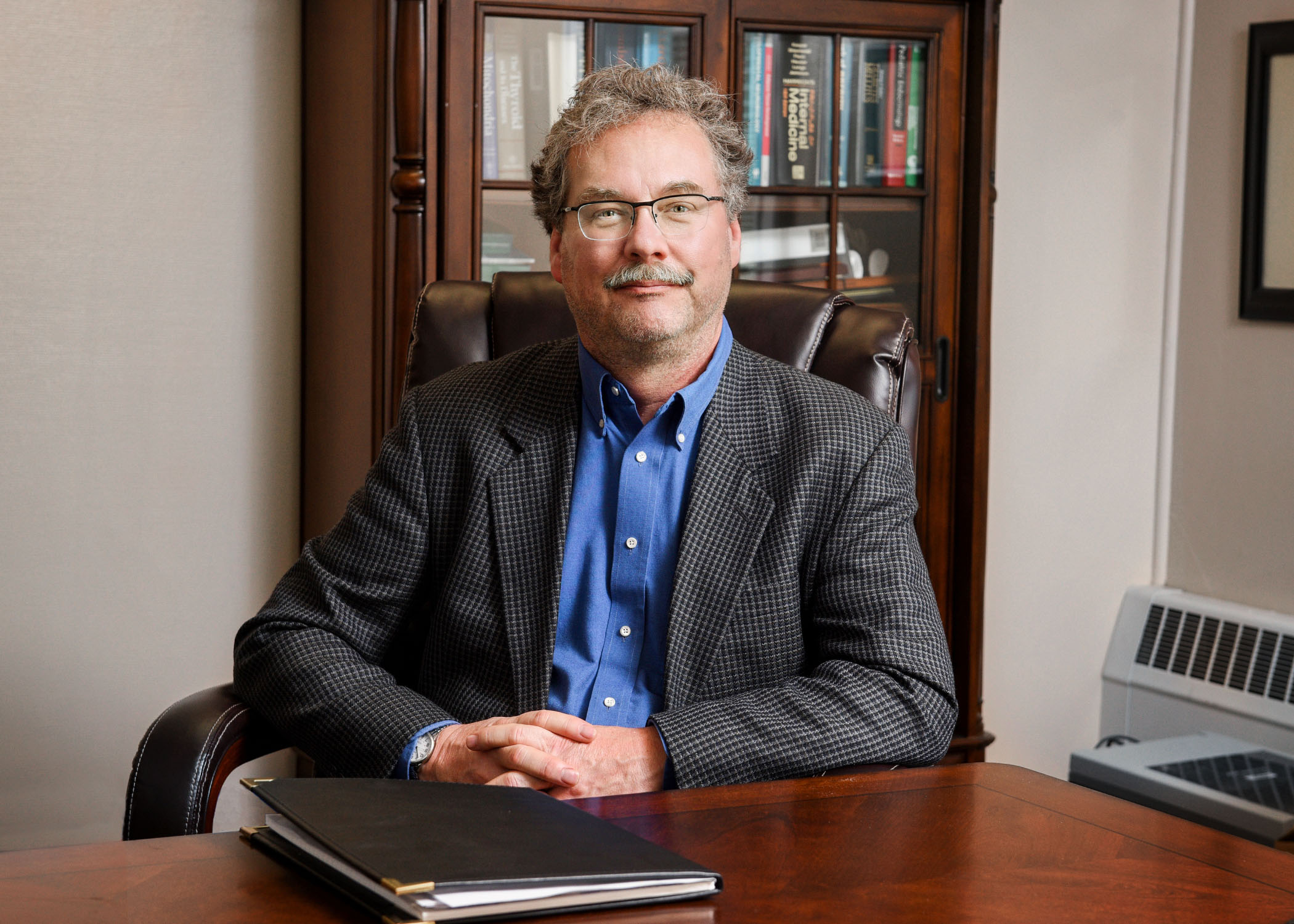 East Tennessee State University’s Quillen College of Medicine has named Dr. Jeffrey Summers as the chair of its Department of Internal Medicine.

Summers has worked within the Quillen College of Medicine, both as a faculty member and as a clinician seeing patients at ETSU Health, since 2000.

Originally from Batavia, N.Y., Summers received his bachelor’s degree in mathematics and chemistry from Hobart College in Geneva, N.Y. He earned his medical degree from the Ohio State University College of Medicine and completed both an internship and his residency at the University of Rochester Internal Medicine program at Rochester General Hospital in Rochester, N.Y.

Prior to coming to work at ETSU, Summers worked for 15 years as a practicing physician in Rochester. He is licensed to practice medicine in both New York and Tennessee and is board certified in Internal Medicine.

He relocated to the region after doing some volunteer teaching in New York and deciding it was the right direction for his career. After answering an ad in the back of a national medical journal, Summers got the job and began teaching as well as seeing patients at ETSU Health in Kingsport.

In 2004, he became the division chief of General Medicine. Active in the medical community, Summers is the past president of medical staff at Holston Valley Medical Center in Kingsport and serves on the physicians clinical council at Johnson City Medical Center.

“I look forward to serving as the chair of this department. I want to develop a good, cohesive department with the primary goal being the production of trained physicians,” Summers said. “That educational goal is the most important.”

In addition to serving as chair, Summers will continue seeing patients in Kingsport twice a week.