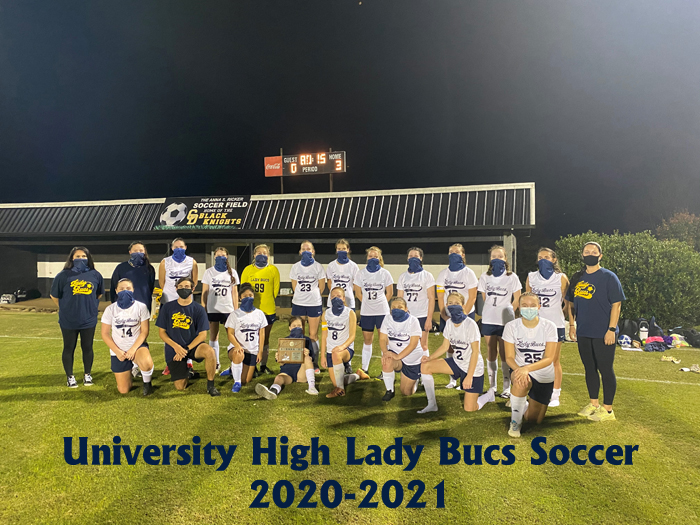 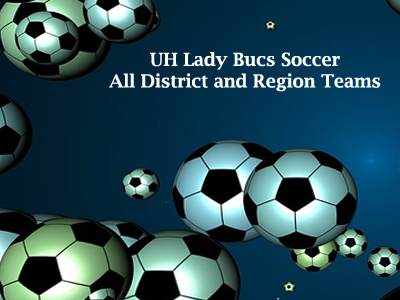 Congratulations to our Lady Bucs Soccer team members who made All District and Region teams: 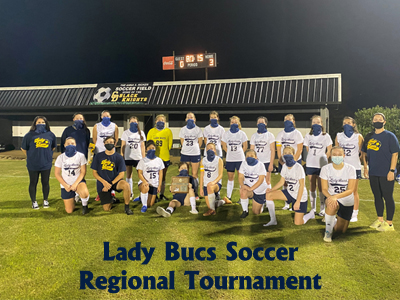 ALCOA — Bonnie Lauderback and McKinna Murr each scored two goals as the Lady Tornadoes tore through the Lady Bucs in the Region 1-A semifinal.

After Murr scored in the opening minute, Kaleea Scales added a second goal for Alcoa. Lauderback soon added another score as Shelby Knight assisted on all three goals. Knight scored a goal of her own in the second half.

Blake Johnson converted off a free kick in the 67th minute for University High. Breeze Ryan had a busy night in goal with multiple saves.

“We were a little shell-shocked in the first half,” University High coach Ryann Williams said. “The second half, we got it back together and did a better job with our spacing. I’m pleased with our effort and how we played them 1-1 in the second half.”

The Lady Bucs Soccer Team finished second in the district tournament last week and will travel to Alcoa tonight (Tuesday, 10/20) to play in the regional tournament.  They play Alcoa High School at 6:30.  The field is located at Alcoa Elementary School.  Good luck Lady Bucs!

GREENEVILLE — The District 1-AA and 1-A girls' soccer titles are staying in Greene County.

Defending state champion Greeneville rolled to an 8-0 win over Sullivan Central in Thursday's District 1-AA final at Tusculum University. Five miles up the road, Chuckey-Doak captured a 3-0 home win over University High for the District 1-A championship.

Lindsey Cook scored four goals, all in the first 28 minutes of the match to lead the Greene Devils to the 1-AA title. Macy Vermillion assisted on two of the first three goals for Cook. Tanna Bookhammer had a goal and an assist, while Anne Marie Konieczny also scored as Greeneville led 6-0 at the half.

Greeneville had goals by Kaitlyn Adkins and Olivia Norris in the second half. However, Central fought hard over the final 15 minutes to fend off the mercy rule and keep playing to the final horn.

"Greeneville has a phenomenal program, winning the state last year and having a good chance to go far again this year, but our girls never give up," Central coach Emily Robinette said. "You couldn't tell the score by the way they played. That's what I love about them, their tenacity and how they don't give up."

It was a busy night for Central goalkeeper Jaelyn West as Greeneville totaled 16 shots on goal. Robinette also lauded the efforts of Adeline Ensley, Loren Hensley, Jessie Lange, Chipi Hamelryck and Emma Niebruegge for being determined to play to the end.

"The game went how I thought it would. We tried our best, tried our hardest and hopefully, it will prepare us for our next game," Robinette said.

The Lady Cougars will head to Seymour next week in the Region 1-AA semifinals.

Madison Marion scored on a direct kick in the first minute and off an assist from Jessica Morrison in the 31st minute to lead the Lady Knights over the Lady Bucs.

Marci Merrill won the ball from UH defenders in the 26th minute, turned and fired for the game's other score.

University High coach Ryann Williams was encouraged that her team was able to play even over the final 40 minutes.

"The second half was 0-0, so I feel like we took the momentum from yesterday (an 8-0 win over West Greene) and came forward," Williams said. "We got stunned with the direct kick and it set us back a little, but the second half, we realigned and got back into our game."

UH will head to Alcoa for its Region 1-A semifinal. 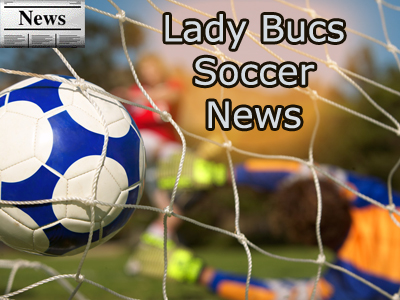 Congratulations to our Lady Bucs Soccer team on their win in the District Championship game.  They will play on Thursday, October 15th, at Chuckey-Doak, at 6:30 p.m.  The following article was printed in the Johnson City Press:

University High rolls over West Greene in District 1-A semifinal

Each had hat tricks as the Lady Bucs rolled to an 8-0 win over West Greene in Wednesday's District 1-A girls' soccer semifinal. The win sets up a championship match at Chuckey-Doak scheduled for Thursday at 6:30 p.m.

First was the matter of the semifinal match as University High (2-6) raced out to a 4-0 halftime advantage. It was the type of performance that UH coach Ryann Williams had been waiting on all season.

"I'm so proud of these girls. It was like all the pieces of the puzzle finally came together," Williams said. "Their spacing tonight was amazing. They were able to find each other's feet, pass up and down the field and get the crosses."

To highlight the passing, six different players had assists.

Ella Dunkelberger had a goal and an assist, while Lehrfeld added an assist to her three goals.

"The way we were passing, we didn't do too much running, but let the ball do the work for us," Lehrfeld said. "It really brought together what a team means. We've gotten really better about passing and trusting one another.

"I know where my teammates are going to be without even looking. We're passing to the wings and letting them do the work."

There was work in the midfield as well as Ellie Ledbetter, Elizabeth Weems, Ella Barnett and Clara Lipscomb all had assists. Ellis was glad to take advantage of multiple scoring opportunities.

"We were able to utilize more of our players than usual. By doing that, it gave us a lot more chances to shoot," Ellis said. "We were able to pick our heads up and find players around the field, playing our wings more now."

University High's last goal in the 70th minute was by Breeze Ryan, who played in the field after being in goal for most of the match.

"Our goalkeeper wanted to try the field. The first few seconds, she was so nervous," Williams said. "Then she cracked a shot, got a goal and everything was alright."

The Lady Bucs had three good shots in the final minutes as they attempted to end the match early.

West Greene goalkeeper Anna Beach would have no part of it. She finished with 15 saves as the Lady Buffs (0-5) played to the final seconds. 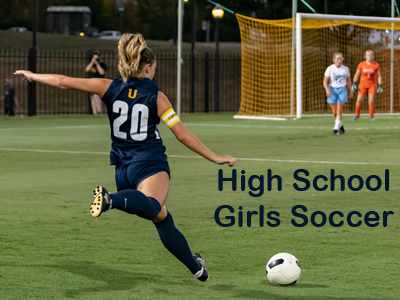 To any University School ladies in grades 8th-12th interested in playing soccer with the HS Soccer team:

There will be a virtual parent meeting with Coach Ryann, Friday August 21st at 7pm.

I am excited to inform you that soccer will begin this Monday, August 24th from 7pm-9pm at Wing Deer, Field #3.  Please make sure to have all of your forms turned in or ready to turn in at practice. These forms include: Cardiac arrest, concussion, physical form, and field trip form.  (More information/forms) Please note that if these forms are not turned in, the student cannot practice.

Things are going to look a little different this year, so I ask for your patience and adaptability as we navigate through this season.  We have new procedures in place to keep the girls safe at practice. A mask must be worn upon arrival, during temperature checks and symptom checks, but can be removed once practice begins. Please remain in your vehicles until we have come by and have checked temperatures and symptoms.  Once the checks are completed, athletes can walk to the field. Please make sure we are adhering to the 6ft distancing rule before, during (when applicable), and after practice. Please make sure to bring your own water for practice, as well as enough water to get through practice. We will have a Zoom team meeting Friday, August 21st at 7 p.m. to go over everything for next week. Once again, I am so excited to get the season started and welcome our new players as well as our returning players to the team! If you have any specific questions please feel free to email me at ryannawilliams15@yahoo.com. 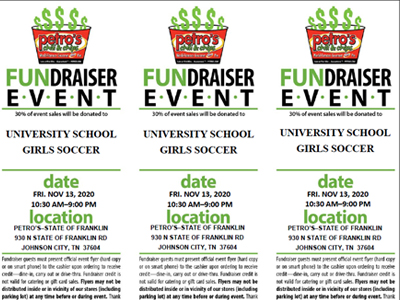