The sock hop was an informal sponsored dance at American high schools, typically held in the high school's own gym or cafeteria. The term sock hop came about because dancers were required to remove their shoes to protect the varnished floor of the gymnasium. These hops were a cultural feature of the 1950s and early rock and roll. The music was usually records, sometimes presented by a disc jockey. Occasionally there were also live bands. In subsequent decades, with the widespread popularity of sneakers and other types of indoors-only shoes, the practice of removing shoes was dropped and the term began to be applied more generally to any informal high school dance.

Check out our Middle School students enjoying their own Sock Hop!!! 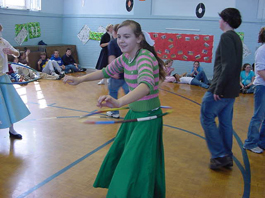 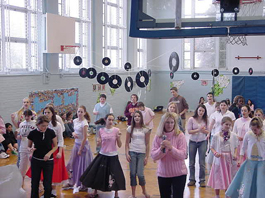 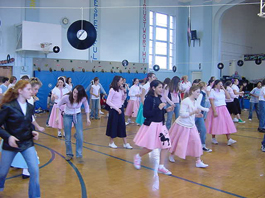 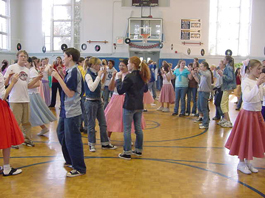 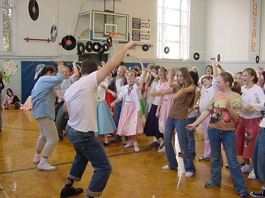 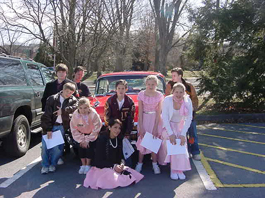 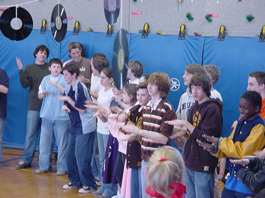 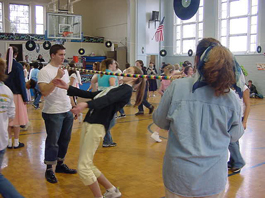