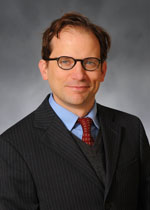 Thomas H. Crofts is professor in the Department of Literature and Language at ETSU, specializing in medieval literature and directing the Minor in Classical Studies, for which he also teaches the Ancient Greek language sequence. As a scholar of Sir Thomas Malory’s Morte Darthur and other medieval Arthurian texts, his publications include a book, Malory’s Contemporary Audience (D.S. Brewer, 2006), and several articles on Middle English Arthurian literature, and also an edition and translation of the medieval Greek poem ‘The Old Knight’ (Arthurian Literature, 2016). His poetry has appeared in The Texas Observer, Born Magazine, Seymour, The Southern Poetry Anthology: Tennessee, and Tribeca Poetry Review. He holds a B.A. from Bard College, an M.Phil. in Anglo-Irish Literature from Trinity College, Dublin, and a Ph.D. in English from the University of Wisconsin-Madison.