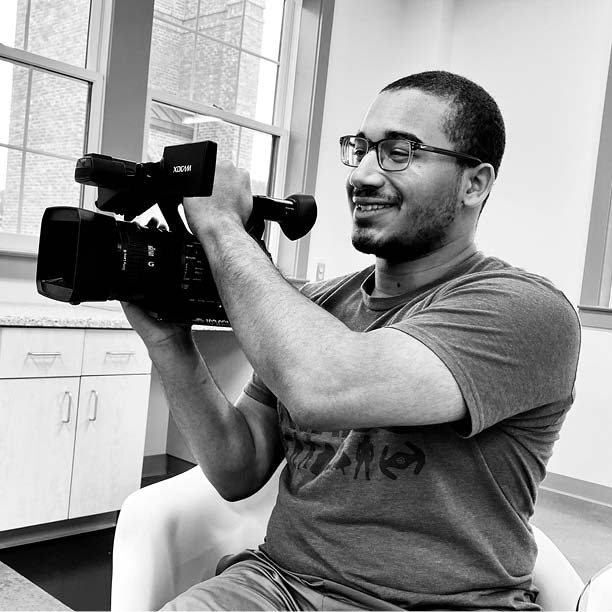 Anthony is a senior in the Department of Media and Communication, and he is concentrating in the Radio, TV and Film program. His minor is in film studies. Anthony hopes to be a filmmaker and entertainment businessman, pushing art forward through writing, the form, criticism and equal opportunity.

“My experience in the Department of Media and Communication has been phenomenal,” Anthony said. “It is truly a nurturing place with plenty of people that are glad to help you but also push you further as they all want the best out of you. I’ve described the department and Warf-Pickel as a family because of how tight knit it is and how interconnected all the programs are, with students also learning from other students when possible.”

He has been a member of Alpha Sigma Iota, Strategic Media Club and BucFilms since 2018. Anthony has been a screenwriter, producer and production assistant on various BucFilm productions. Beginning in fall 2020, Anthony will assume the role of ASI president. He is also an arts and entertainment reporter for the East Tennessean.

“Another plus is being in these clubs to have opportunities to further yourself as a student, professional and an overall person,” he said. “I’ve gone to Washington, D.C., with Strategic Media Club. I went to Nashville with ASI, and I’ve also written and produced a short film in almost 40 straight hours with BucFilms. It’s all been a blast and has set me, personally, on the right path. I look forward to walking in the building every day I can.”

Outside of the classroom, Anthony has completed a marketing internship with Barter Theatre in Abingdon, Virginia, where he worked in copywriting, proofreading and other initiatives for Virginia’s state theater. He is also a screenwriter in his free time and has started his own production company, Elysium Entertainment. He has also worked with YouTube and music production in the past.