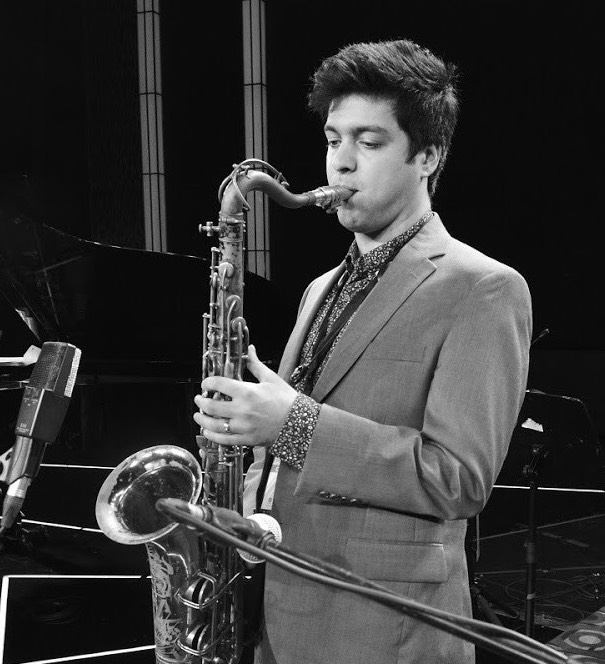 Originally from Columbus, Ohio, Dan Hitchcock is a saxophonist, multi-instrumentalist, and educator with a deep love for swinging jazz music. As a performer, Dan has performed with the North Carolina Symphony Pops, Roanoke Symphony Pops, the Glenn Miller Orchestra, as well as being a featured soloist with the Columbus Jazz Orchestra and Camel City Jazz Orchestra. Dan can also be seen performing with various groups, including his jazz combos, all around East Tennessee and the surrounding area. In the summer of 2019, Dan was selected by Melissa Aldana, Ben Wendel, and Marcus Strickland as one of 8 semi-finalists worldwide to compete in the Michael Brecker International Saxophone Competition at the Red Sea Jazz Festival in Eilat, Israel. In 2020, he was awarded first place in the North America Saxophone Alliance collegiate jazz competition. As an arranger, Dan’s charts have been performed by artists including Erica von Kleist, Vincent Gardner, Alexa Tarantino, J.D. Allen, and Aaron Diehl, as well as various collegiate jazz ensembles.