The food, culture, and atmosphere are all breathtaking

You will gain more knowledge of design culture than from the coursework.  Learning about how culture impacts design decisions is integral to the study abroad experience.  Think of it this way, this is more than life changing learning opportunity, it is resetting your normal because you will never look at design the same again.

Learn more about your Made in Italy class  by reading the article labeled, "Design & Culture in Rome's EUR District"

"The opportunity to study in parts of the world I had only ever viewed in books or online was one I could not pass up. I anticipated seeing iconic pieces of architecture, such as the Colosseum and St. Peter's Basilica. There were high expectations, but nothing could truly compare to the experience except for actually living through it. One day we would 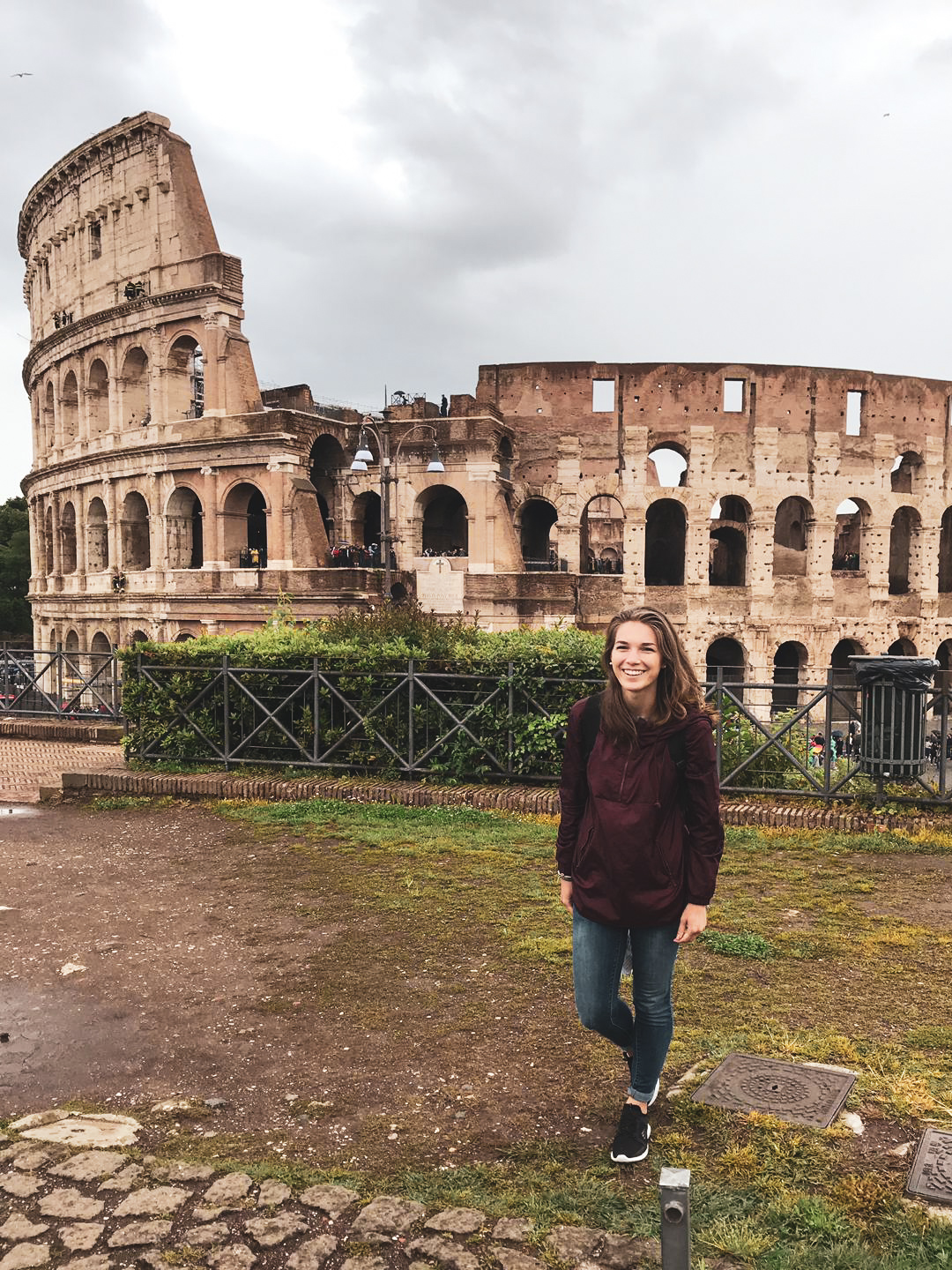 be walking paths that were first tread by Pompeiians, and the next day I would be wondering why my feet hurt, only to find that I had walked over 30,000 steps exploring the streets of Rome. The educational setting was one I found myself more motivated to learn in, as we made first-hand observations in a foreign country. This offered much more of an enriching academic environment outside the traditional classroom.

At the beginning of the program, there are so many new things each day to experience. It all is so overwhelming, and you feel like you need to see everything at once. Then near the middle of the program, the initial surreal feeling of being in another country fades, and you are able to slow down and see places from different points of view. There is time to visit a site to just sit and sketch-- to take in details that wouldn't have been noticed during the first encounter. Being able to live in Rome gave me different perspectives that I will still consider going into the future. Each class shed a new light on the city and its treasures. From learning their history and getting in touch with the past, to watching how people interact with their environment in the present day. Study abroad taught me more than just academic information. While the curriculum enhanced me as a designer, two months as a resident of Rome gave me new way to think about life. Never did I realize how much my daily life could change, or how that would affect me in the long run. This program is one I will remember for the rest of my life, and I am so glad I made the decision to be a part of it."

"My long time dream of studying abroad became reality this past summer as I travelled with classmates from the Interior Architecture program to Rome, Italy. It was a fulfillment of the culmination of months preparing and envisioning living abroad for two months. To say Rome was incredible is an understatement. It was both architecturally beautiful and culturally enriching. The stark contrast between modern societies l 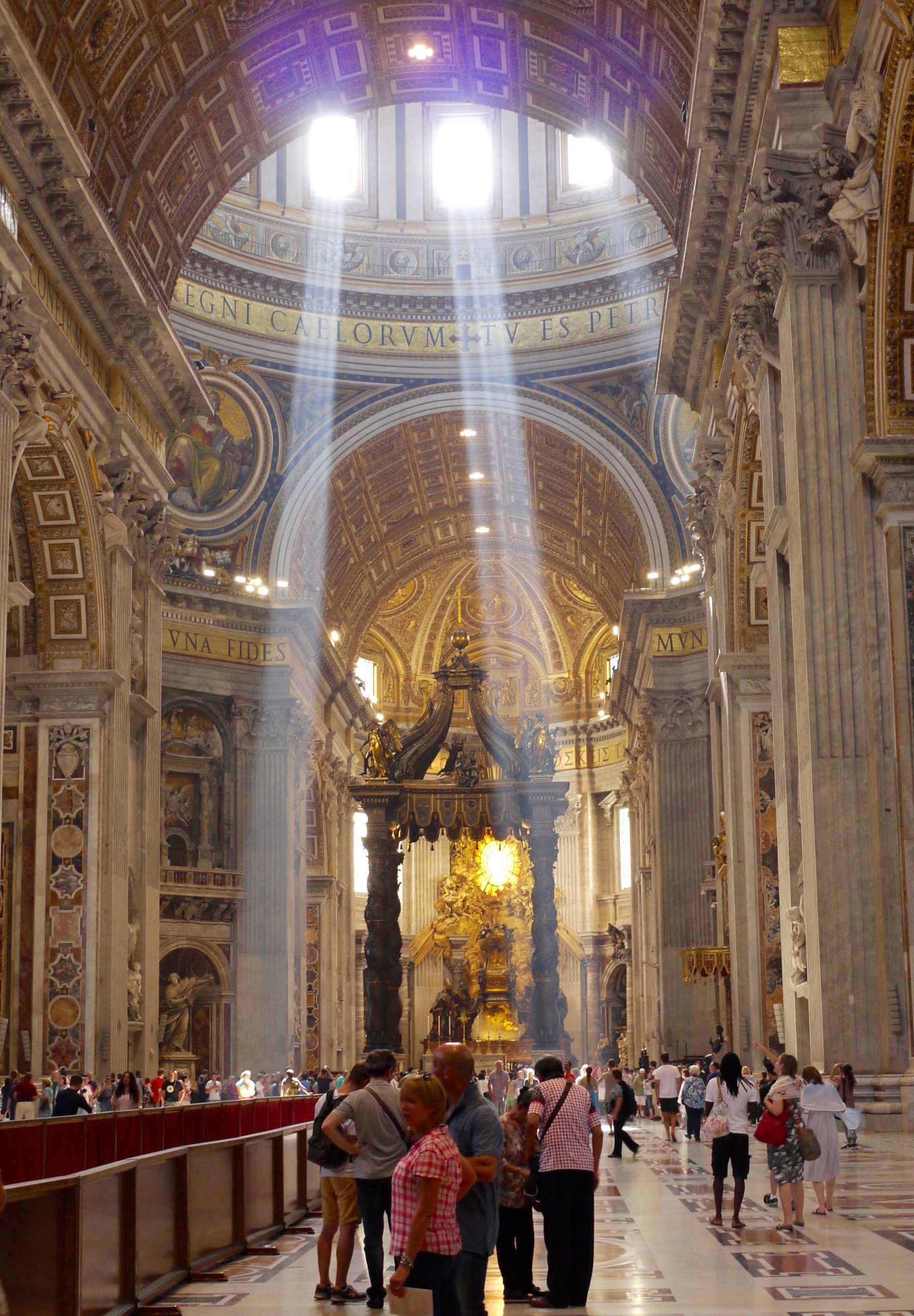 iving among ancient architecture was enthralling: structures built to last generations support reusability, recycling, and sustainability, all while upholding people groups with modern ideas and ambitions. Weekend getaways to other Italian cities only furthered the uniqueness of the architecture and culture in Rome.

By week three of eight total weeks, my classmates and I were adjusted to the quick-paced metropolis lifestyle: maneuvering public transportation, revisiting our favorite coffee shops, waving at local Italians, and completing homework like we were in the comfort of our American homes. I quickly became closer to my classmates, who are now some of my closest friends. I also valued and treasured time alone, wandering the streets and sitting in our apartment’s courtyard. The school workload was challenging, but brought forth experiences that are unforgettable: well-known site visits, day trips, sustainability exercises, artisanal making classes, and designing for Roman spaces. I will forever remember walking down the narrow cobblestone streets with a gelato in hand and accordion music filling the air, basking in the reality that I experienced in Rome."

My experience studying abroad in Rome, Italy for the summer was life-changing. I made so many memories and got to know my classmates even better while living with them. Visiting places that I have learned about in art history and historical interior classes was eye-opening. A picture may be worth a thousand words, but I found that pictures do not do many of the monuments and cathedrals justice. Upon experiencing these place in person, the scale of the spaces is incredible and the attention to small details is astounding.

"Being able to stay in Rome for nine weeks was wonderful in that I got to see the city from two perspectives: first as a tourist taking in the sights and the culture, and then as a resident who noticed smaller details and who really got to know the city. Even after being in Rome for many weeks, there were still new things to be discovered when walking around the city streets such as art exhibitions, stores, restaurants, markets, and street performers to name a few examples. I learned not only about the architecture and history of Rome, but also about the culture and the people. It truly inspired and changed me in my outlook on design and on a personal level as well. There were ups and downs along the way, but I have no regrets about studying abroad and would do it again if I could. I am very grateful that I had the chance to participate in the study abroad program in Rome while at East Tennessee State University and would encourage anyone who is interested to participate in the program as well."

"The students gained more knowledge of studying in Rome than what we would have learned within a semester being in a classroom.  Their perspective on life, values, and culture changed as they studied throughout the city of Rome.  A stronger understanding about ourselves as designers and other design students were only one of the marvelous outcomes.  The food, culture, and atmosphere were all breathtaking.

It's hard to explain something that you can't put a price on, this was an opportunity of a lifetime and it's something you will carry and have with you forever.  The trip also is very beneficial in my career field by expanding what you know is possible.  It changes the way you design and view the world around you.  You will never regret studying in Rome, therefore never pass up the opportunity to travel and don't be afraid of adventure!!!"