Araminta Ray’s path to East Tennessee State University’s Quillen College of Medicine took a 2,190.9-mile detour that required some of the same tools she has used as a medical student – resilience, perspective, and community.

Ray knew that she would not have time for a thru-hike as a medical student or resident, so she deferred her acceptance into Quillen for one year to undertake what Appalachian Trail (AT) hikers call a “flip-flop” thru-hike, meaning she would start in the middle of the trail and hike one half of the journey, then return to where she began for the second leg in the opposite direction.

Ray applied to become an Appalachian Trail Chaplain, which is a ministry of the Holston Conference of The United Methodist Church. She was the first female chosen for this role, and thus began her journey as a trail chaplain on June 15, 2018.

She started in Harpers Ferry, West Virginia and hiked more than 1,100 miles northbound to Maine, where she summited Mt. Katahdin, the northern terminus of the trail, on Sept. 3.

“Then I took about a week off to prove to my mother that I was still alive,” Ray said. 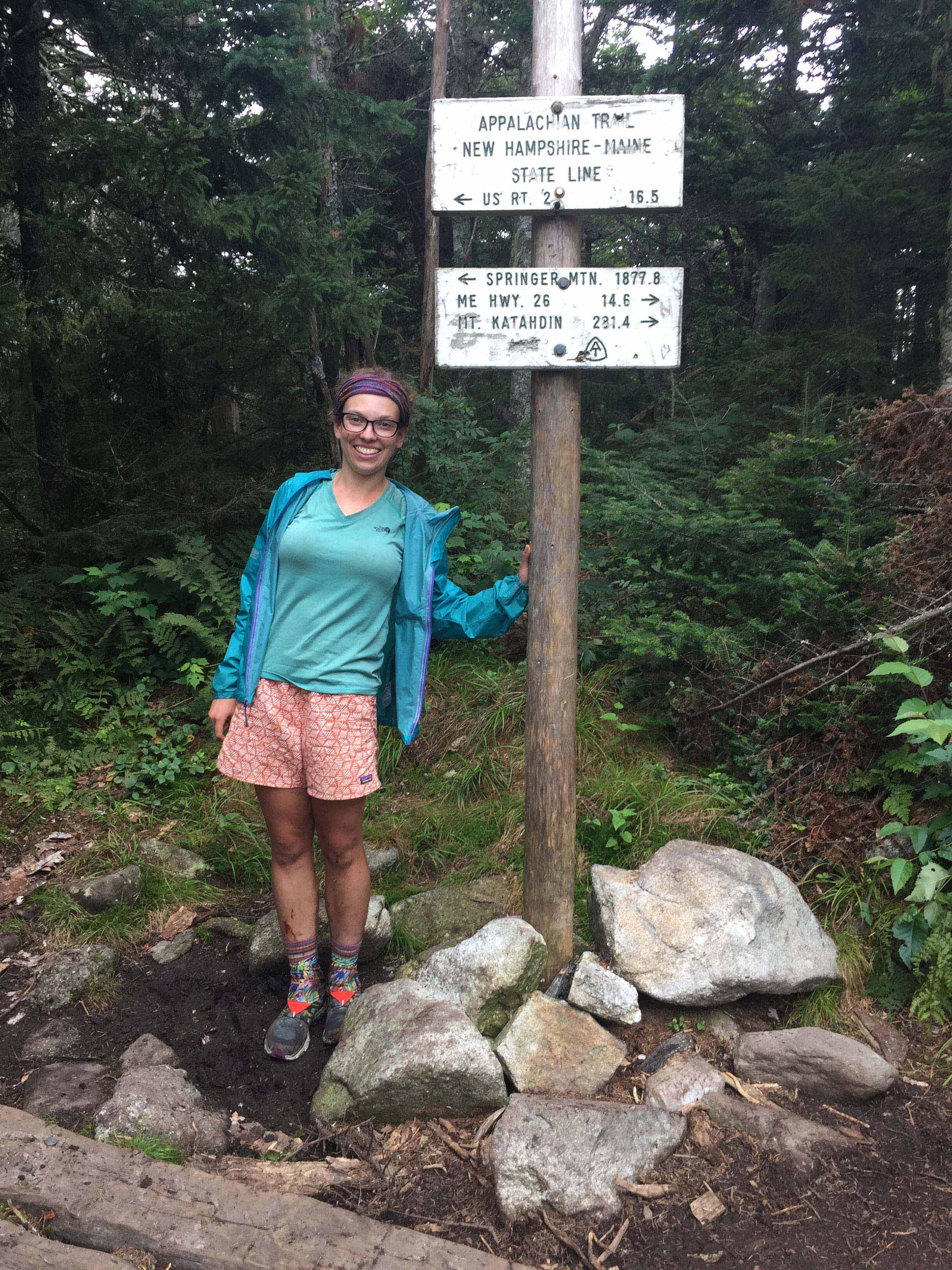 After her short break, Ray flew back to Harper’s Ferry to complete the southern (and her favorite) portion of the trail, hiking about 1,000 miles down to Springer Mountain, Georgia, the southern terminus. She finished on Nov. 10, 2018.

Earning the trail name “Blueberry,” Ray became part of the close-knit AT community, which she describes as “a small country that moves 20 miles a day on a 3-foot-wide path.” Through her role as trail chaplain, she was able to connect hikers with churches along the trail for lodging, food, and rest. She also prayed with fellow hikers and provided “a safe space” when they needed to talk.

The journey was rewarding, but not easy. The stretch through Virginia was especially tough for Ray, as she hiked through two hurricanes while it rained 21 out of the 28 days it took her to cross the state. She also got extremely sick from a waterborne parasite, which waylaid her journey by nine days.

“Long-distance hiking has become probably the strongest resilience framework that I will ever have,” Ray said. “It’s given me an incredible capacity to walk through adversity and to have hope when hope seems lost, and also just to make suffering more bearable.”

Now, as a second-year medical student, Ray sees several parallels between her experience on the AT and medical school.

“As difficult as people say medical school can be, and as hard as the trail was, it is still entirely possible to find balance and joy – even in the midst of suffering,” Ray said.

When she completes medical school, Ray hopes to “serve the underserved,” perhaps with a career in primary care. Someday, she also wants to complete the “Triple Crown” of hiking and add the Pacific Crest Trail and the Continental Divide Trail to her trail résumé.

“I am so grateful for what I have learned along the way.”