JOHNSON CITY – (Sept. 28, 2020) The 22 students who are part of the inaugural esports varsity team at East Tennessee State University were introduced on Friday, Sept. 25.

The two teams will compete in Overwatch® and League of Legends® and will participate in tournaments hosted by the National Association of Collegiate E-Sports (NACE).

Tryouts for the teams took place earlier this year, and nearly $20,000 in scholarship support has been provided to 14 eligible team members.

ETSU’s Overwatch® team will play its first game on Monday, Sept. 28, against Cornell White at 8 p.m.  The team will compete every Monday and Thursday evening through Oct. 30, and games can be viewed at twitch.tv/etsuesports or in the new esports arena in the D.P. Culp Student Center which features a 32-foot video wall. 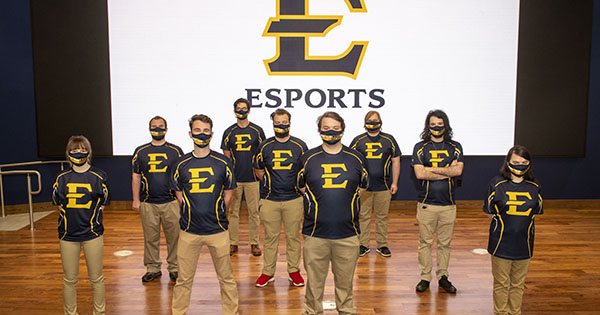 The League of Legends® schedule has just been released but the names of the schools ETSU will face-off against will be announced in the upcoming days.  The team will compete on Tuesday evenings at 7 p.m. beginning Sept. 29, with two games scheduled for Saturdays, Oct. 3 and 31.  League of Legends games will also be streamed at twitch.tv/etsuesports. 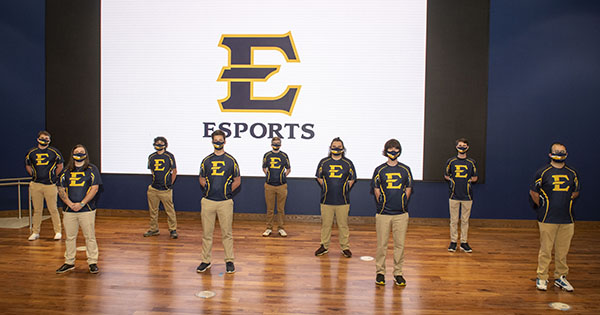 “This is an exciting moment for ETSU as we begin our competitions,” said Jeffrey Shell, interim esports coach.  “We have built two outstanding teams comprised of students who have earned distinction for their gaming skills.  Many are already highly ranked in Overwatch® and League of Legends®.”