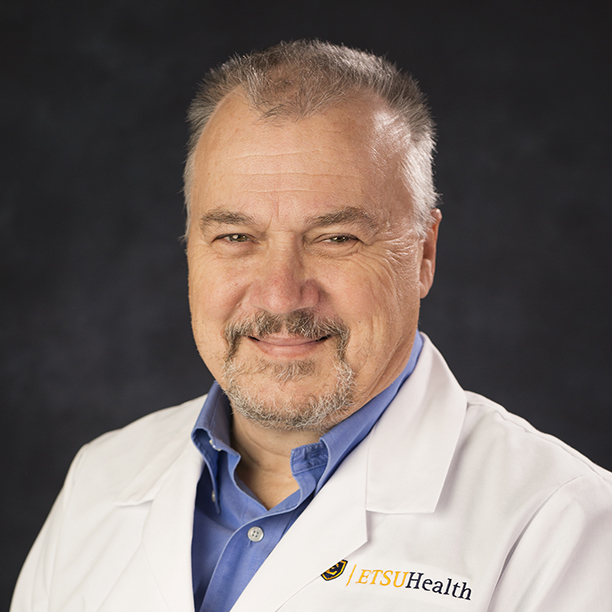 JOHNSON CITY (Nov. 9, 2020) – A study by Dr. Martin Olsen of ETSU Health OB/GYN reveals new information about the prevention of neonatal abstinence syndrome (NAS), which occurs when infants go through withdrawal from an addictive drug they were exposed to in the womb.

Olsen’s study, published in the November 2020 issue of the Southern Medical Journal, reviewed the charts of 21 pregnant patients who were enrolled in an outpatient buprenorphine medication-assisted therapy (MAT) tapering program at ETSU Health.

“Many addicted pregnant patients receiving buprenorphine MAT wish to discontinue this medication while pregnant,” said Olsen, a physician and professor at East Tennessee State University’s Quillen College of Medicine. “The purpose of this study was to document the effectiveness of maternal buprenorphine cessation in the reduction of NAS.”

This is the first report of an entirely outpatient buprenorphine-tapering program based in the United States that decreased the patient dose to zero. The results were promising for both the pregnant patients and their newborns, Olsen explained.

Olsen hopes that his study helps to confirm the effectiveness of buprenorphine MAT tapering programs in preventing NAS.

“Prescribed buprenorphine is the primary cause of NAS in Tennessee,” Olsen said. “For many communities in our region, it appears that about 10% of pregnant women are struggling with opioid addiction.”

NAS can lead to short- or long-term health challenges such as low birth weight, seizures, vomiting and tremors. Babies with NAS are transferred to costly newborn intensive care units. In the worst cases, it can also lead to infant mortality.

To help address this issue, ETSU's Department of Obstetrics and Gynecology implemented an NAS prevention program that is available to pregnant women who are struggling with opioid addiction and want a step-down plan to slowly reduce their dependency on drugs.

“Our goal is to prevent neonatal abstinence syndrome and to ultimately deliver healthy babies.” Olsen said.