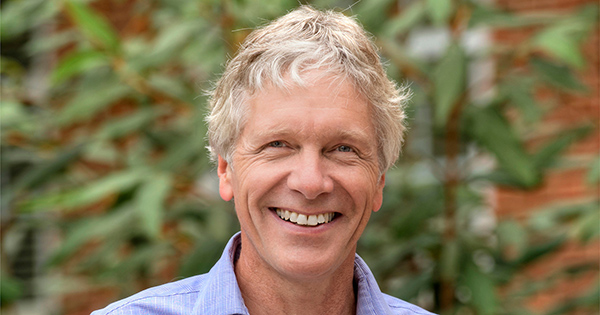 The Knoxville-based society’s most prestigious honor, named for ETHS founder Dr. J.G.M. Ramsey, is reserved for one individual annually, who, over the course of a lifetime, has made outstanding contributions to the understanding and preservation of East Tennessee history.

“To me, this award provides a moving gesture of approval of and appreciation for the work I have done in and on behalf of East Tennessee,” Olson said. “As someone who chose to settle in East Tennessee as an adult after having read about the region’s history during my younger years, I arrived in East Tennessee­ with notions and impressions about the region’s history. But, as I learned when here, there were regional stories needing to be told and interpreted, and there was research needing to be conducted. It is deeply gratifying to me that others have recognized my contributions to our collective understanding of East Tennessee's complex historical identity.”

Olson has received a range of recognition for his work as a music historian, including seven Grammy nominations. He holds a Ph.D. in English and Southern studies and has produced and curated a number of documentary albums of Appalachian music, including four boxed sets for Germany’s acclaimed Bear Family Records label (complete recordings from the 1927-1928 Bristol Sessions, from the 1928-1929 Johnson City Sessions, and from the 1929-1930 Knoxville Sessions, as well as a compilation of Tennessee Ernie Ford’s early recordings); four albums for the Gatlinburg-based Great Smoky Mountains Association; Rhino Records’ 50th anniversary edition of a seminal Elektra/Folkways 1960s-era folk music anthology; and a forthcoming retrospective collection of Doc Watson’s greatest recordings.

Additionally, Olson has written or edited numerous books centered around Appalachian music and folklore, along with numerous articles, essays, encyclopedia entries, reviews, poems, creative nonfiction pieces, and oral histories. He was also music section editor for the “Encyclopedia of Appalachia,” and has served as book series editor for the Charles K. Wolfe Music Series (University of Tennessee Press) since 2008. He is presently co-producer and co-host of the six-part podcast series for the Great Smoky Mountain Association, “Sepia Tones: Exploring Black Appalachian Music.”

Olson was co-chair of the curatorial committee for the 2003 Smithsonian Folklife Festival's “Appalachia: Heritage and Harmony” exhibition, which drew a million attendees to the National Mall. From 2003-2005 he was president of the Tennessee Folklore Society, and in 2008 he served as a Fulbright Senior Scholar in American Studies in Barcelona, Spain. He was the committee chair for “Tell It to Me: The Johnson City Sessions 90th Anniversary Celebration,” which received the Northeast Tennessee Tourism Association’s Pinnacle Award for Event of the Year for 2019.

A solo performer of traditional and contemporary ballads and songs from Appalachia as well as the British Isles, he has performed in a range of music festivals and other educational venues.