JOHNSON CITY, Tenn. – Sam Quinones, bestselling author and winner of the National Book Critics Circle award, will present a lecture titled “America and Hope in the Time of Fentanyl and Meth: One Reporter’s Stories” on Tuesday, Feb. 22, at the Carnegie Hotel. 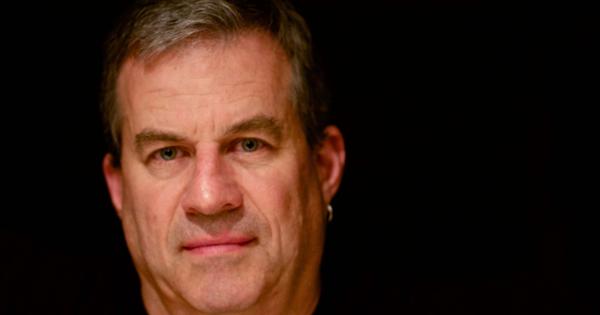 Quinones is a Los Angeles-based freelance journalist, a reporter for 35 years and author of four acclaimed books of narrative nonfiction. He is a veteran reporter on immigration, gangs, drug trafficking and the border.

He is formerly a reporter with the L.A. Times, where he worked for 10 years. Before that, he made a living as a freelance writer residing in Mexico for a decade.

His latest book, released in November 2021, is “The Least of Us: True Tales of America and Hope in the Time of Fentanyl and Meth.”

In “The Least of Us,” Quinones chronicles the emergence of a drug-trafficking world producing massive supplies of dope cheaper and deadlier than ever, marketing to the population of addicts created by the nation's opioid epidemic, as the backdrop to tales of Americans’ quiet attempts to recover community through simple acts of helping the vulnerable.

“The Least of Us” follows his landmark “Dreamland: The True Tale of America’s Opiate Epidemic” (Bloomsbury, 2015), which ignited awareness of the epidemic that has cost the United States hundreds of thousands of lives and become the deadliest drug scourge in the nation’s history.

“Dreamland” won a National Book Critics Circle award for the Best Nonfiction Book of 2015. For “Dreamland,” Quinones has testified before the U.S. Senate’s Health Committee, numerous professional conferences of judges, doctors, librarians and hospital administrators and at more than two dozen town hall meetings in small towns across the country.

“The opioid epidemic is a public health emergency, and Mr. Quinones has spent a significant part of his career on the front lines observing and chronicling this issue,” said Dr. Randy Wykoff, dean of the ETSU College of Public Health. “We are honored to have him join us to share his stories and continue critical conversations about this crisis here in Appalachia and across the country.”

The Leading Voices in Public Health lecture is co-sponsored by the ETSU College of  Public Health, College of Arts and Sciences, College of Nursing, Bill Gatton College of Pharmacy, Quillen College of Medicine, Clemmer College, Department of Counseling and Human Services and Frontier Health Foundation.

For more information about the event, email storkj@etsu.edu.