A tribute to ABBA coming to ETSU Martin Center

JOHNSON CITY, Tenn. (March 8, 2022) – Patrons of the East Tennessee State University Martin Center for the Arts will enjoy what the performing band has called the “closest to ABBA you’ll ever get.” 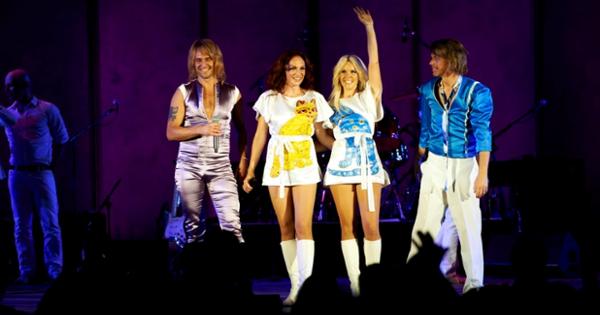 Tickets for ABBA – The Concert: A Tribute to ABBA go on sale Friday, March 11, at 10 a.m. at ETSUMartinCenter.org.

“They are by far the best tribute band performing the hits of one of the best pop bands ever,” said Unratedmag.com. “Keep up the great work and thank you for the music.”

For well over a decade, 21st Century Artists Inc. has been presenting its ABBA tribute show throughout North America, known as ABBA – The Music, ABBA – The Concert and ABBA – The Hits. The U.S. tours have sold out at the Hollywood Bowl in Los Angeles, Highland Park in Chicago and Wolf Trap in Virginia, in addition to the group’s tours around the globe.

ABBA – The Concert features, as expected, all the sparkle and iconic costumes, as well as the sound of the original ABBA.

Other ABBA standards will include “Fernando,” the tear-jerker “The Winner Takes It All,” “Does Your Mother Know” and other fan favorites from the Swedish group’s songbook.

Abba – The Concert is not affiliated with the original ABBA or “Mamma Mia.”

For more information on ABBA – The Concert, visit abbatheconcert.com. For more about the Martin Center or to purchase tickets, visit ETSUMartinCenter.org or call the Martin Center box office at (423) 439-2787.

About the Martin Center for the Arts: The 93,000 square foot ETSU Martin Center for the Arts, located at 1320 W. State of Franklin Road, Johnson City, features three venues, as well as three rehearsal/meeting rooms. Construction on the center began in early 2018 and was completed in fall 2020, in the midst of the pandemic. The ETSU Foundation Grand Hall can seat nearly 1,200.