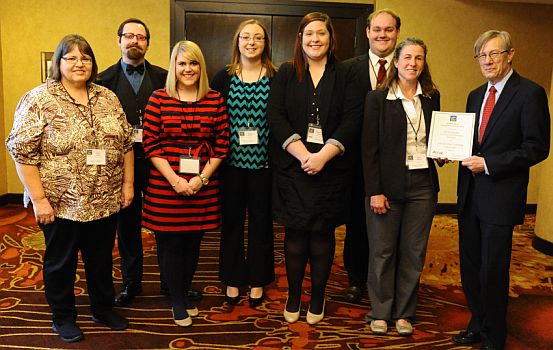 Students from the 2015 ATP class will partner with Morehead Tourism to promote the Morehead Trail Town Initiative. Towns in Kentucky with the "Trail Town" designation are marketed by the state as adventure tourism destinations and are highlighted on state maps and visitors guides. The student projects include: (1) creation of a video on the proper use of bicycle lanes (which are being funded by a grant written by 2014 class), which will be posted on the City of Morehead, Morehead Tourism, and other local social media venues, (2) student representation on the Trail Town Committee, (3) research of economic opportunities related to tourism, (4) students' sharing of their experiences, and (5) promotion of a six-week Campus Outdoor Challenge. The students will invest a significant amount of outside class time as part of the promotion of the Campus Outdoor Challenge. The preparation for this event will require students to explore their community and connect with community members.