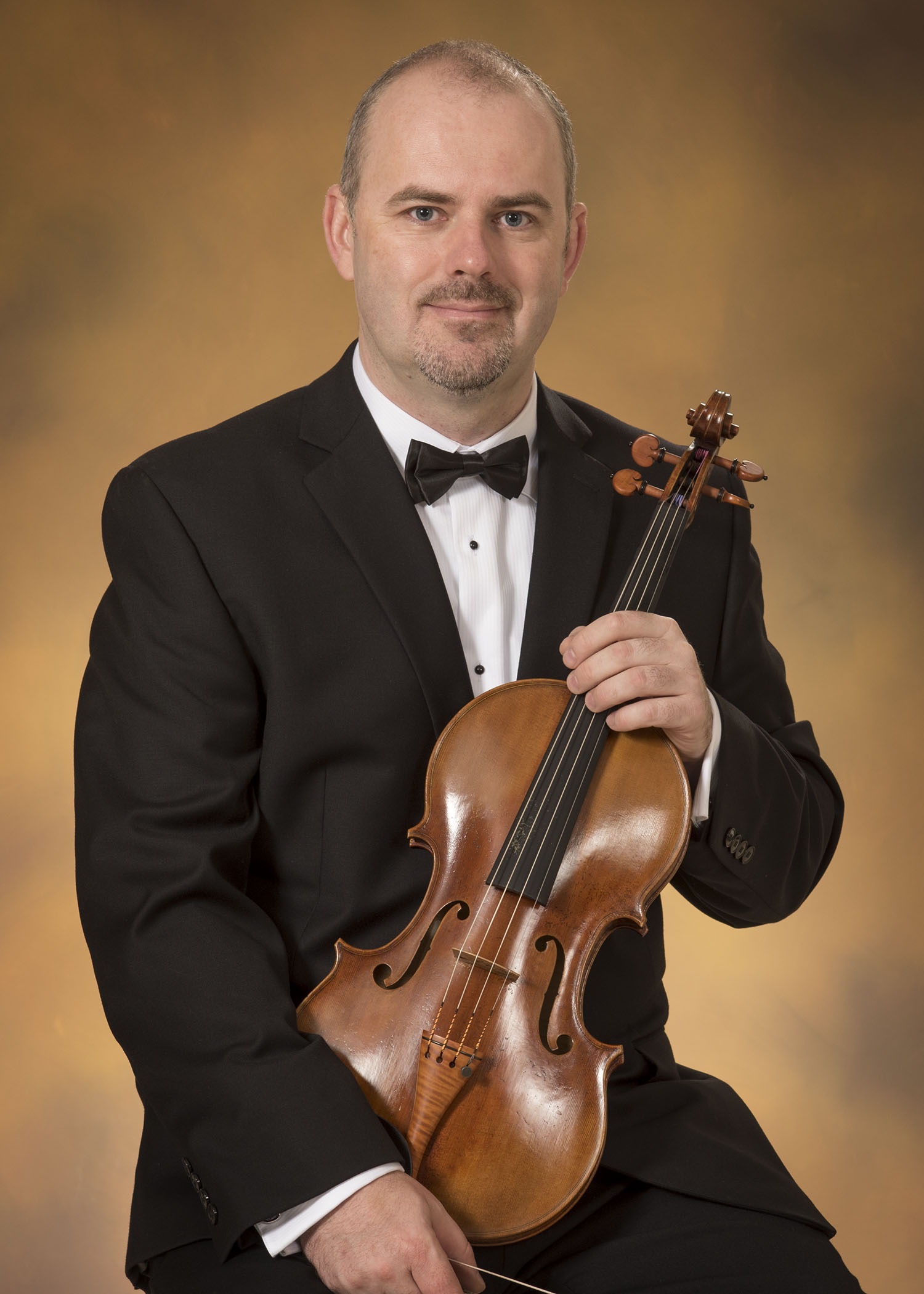 Dr. David Kovac maintains a varied career as a violist, artistic director, chamber musician, and instructor of violin and viola. He was appointed as assistant professor of violin and viola at East Tennessee State University in 2016. He has collaborated with members of the Miami String Quartet, the Rosamunde Trio, the Appalachia Piano Trio, New Ear Ensemble (a Kansas City based new music ensemble), and members of the Philadelphia Orchestra, BBC Scottish Symphony Orchestra, Israel Philharmonic Orchestra, Kansas City Symphony, Chicago Symphony, Czech National Symphony Orchestra, and other orchestras around the United States and Europe. Other chamber music collaborations include performances with faculty at the University of Massachusetts-Amherst, Stony Brook University, University of Missouri-Kansas City, Park University's International Center for Music, University of Tennessee, University of Kansas, and University of Nevada Las Vegas. He has performed as the featured soloist with the Kansas City Civic Orchestra in Mozart's Sinfonia Concertante and has collaborated in opera productions with the renowned Mark Morris Dance Company.

In 2009 Dr. Kovac performed the world premiere of Gabriela Lena Frank's Puntos Suspensivos at the Joyce Theatre in New York City. The work was commissioned in part by the performing arts series, "Works and Process" at the Guggenheim Museum. That same year he co-founded the Stringendo Chamber Music Program as part of the Heartland Music Academy in Mission, Kansas. The year-round program is designed to coach new and beginning chamber ensembles. Dr. Kovac's work with the Heartland Music Academy also included coaching the Heartland Virtuosi and Camerata Chamber orchestras. He remains artistic director of the Heartland Chamber Music Festival, an internationally renowned summer program for young musicians that draws students and faculty from across the world, including the Miami String Quartet, Ivan Chen, and Noah Geller.

Dr. Kovac's former students have included the concertmaster of the Kansas City Youth Symphony and the Boston Youth Symphony Orchestra, as well as first-prize winners at the Kansas Music Teachers Association State competitions and winners of the Kansas chapter of the Music Teacher's National Association competition. His students have received scholarships to numerous prestigious schools and summer programs, including the Walnut Hill School for the Arts in Natick, MA, Pepperdine University, McGill University, University of Tulsa, University of Dallas, University of Nebraska at Lincoln, Park University, Killington Chamber Music Festival, and the Tanglewood Chamber Music Festival. Among notable collaborations are Masterclasses with Borromeo String Quartet, Miami String Quartet and Chiara String Quartet, Michael Stern. He has previously taught at the Dana Hall School of Music in Wellesley, MA, the Brattleboro Music Center in Vermont, and the University of Missouri-Kansas City (UMKC) Conservatory of Music and Dance. He regularly serves as an adjudicator at for a variety of local, state, and national festivals and competitions.

Dr. Kovac began his musical studies on violin at the age of four in his home country, the Czech Republic. Later, at the Janacek Conservatory in Ostrava, he chose the viola as his main instrument. He completed his Bachelor of Music as a scholarship student at the Longy School of Music in Boston and received his Master of Music in viola performance from the University of Massachusetts-Amherst, where he served as a graduate assistant in chamber music and orchestra. In 2002, Dr. Kovac became the violist in the Graduate Fellowship String Quartet at UMKC, where he completed the Doctor of Musical Arts in viola performance. He has studied with Pavel Vitek, Michelle LaCourse, and Scott Lee, and his chamber music coaches have included Benjamin Zander, Charles Treger, Sonya Monosoff, Katherine Murdock, Eric Stumacher, and Robert Marfeld.

David Kovac performs on a viola made by Christopher Germain.