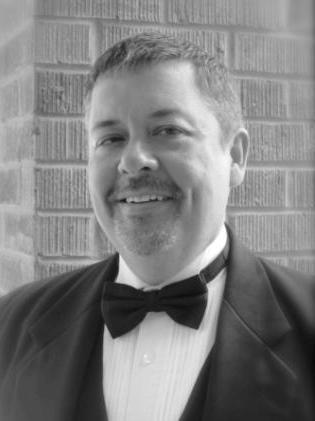 Prior to coming to ETSU, Dr. Moore served as Director of Bands at Delta State University in Cleveland, Miss., where he conducted the Wind Ensemble, directed the "Pride of the Delta" Marching Band and taught courses in conducting and instrumental methods.

Before joining the faculty of Delta State, Moore was a graduate conducting associate at UK, where he assisted with the Wildcat Marching Band, Pep Bands, Wind Ensemble, Symphony Band and Concert Band and taught undergraduate conducting.

He served as marching band director at ETSU in 2002 and taught in public schools in Georgia, Tennessee and Virginia, including Rome (Ga.) High School, Tennessee High School in Bristol, Sullivan East High School in Bluff City and Pulaski County (Va.) High School. During his sixteen years as a high school band director, Dr. Moore's bands earned numerous awards and honors in marching, concert and jazz venues throughout the Southeast and in Ireland.

Dr. Moore has served as a guest conductor, adjudicator and clinician for high school bands and orchestras throughout the Southeast and was an adjudicator for Drum Corps Midwest. He is an active arranger for several university and high school marching bands.