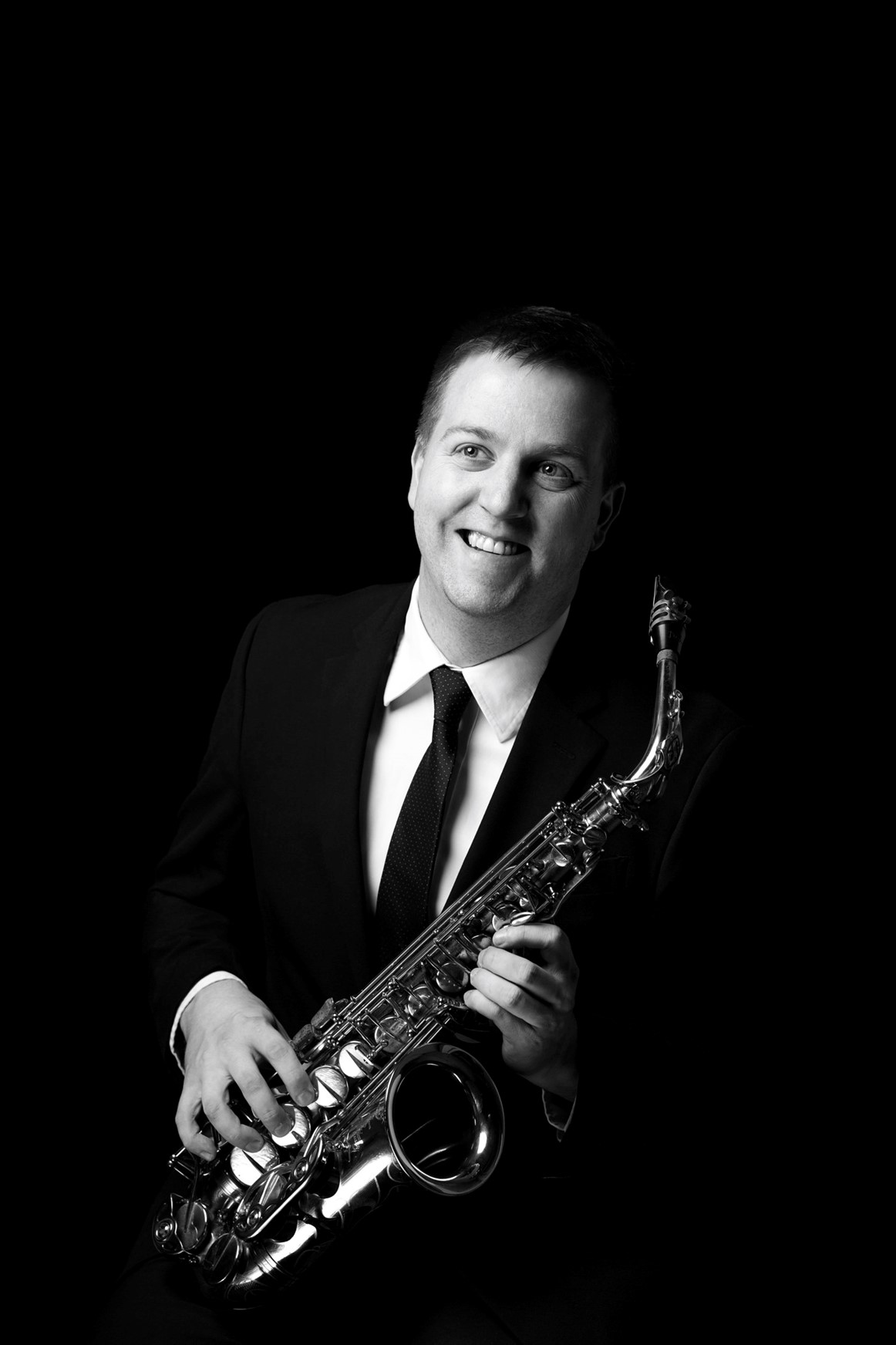 Saxophonist Brian Rodesch is versatile performer and educator whose experience encompasses a wide array of genres and styles. An active soloist, chamber musician, and improviser, Brian has appeared with the Boulder Philharmonic, the Blue Lake Festival Orchestra, has been featured on the Aquila Performing Arts Series (Greeley, CO), as well as being a featured soloist with the University of Northern Colorado Wind Ensemble on their 2011 tour of China.  As a jazz musician and improviser, Brian appears regularly with the Des Moines Big Band, has been recognized as an outstanding soloist at the Jamey Aebersold presents the UNC/Greeley Jazz Festival, has been featured in performance at the Montreux and North Sea Jazz Festivals, and has performed alongside jazz luminaries such as Phil Woods, Dick Oatts, Nnenna Freelon, Dave Rivello, Dave Pietro, and Michael Philip Mossman.

A founding member of the Nexus Duo, a clarinet/saxophone duo comprised of Brian and clarinetist Lisa Perry (Asst. Prof. of Clarinet, East Tennessee State University), the group has been performing together since the spring of 2016. The ensemble has presented at regional and national meetings of the North American Saxophone Alliance (NASA), the American Single Reed Summit (ASRS), given guest performances and masterclasses at colleges and universities, and offers outreach performances and clinics at junior high and high schools throughout United States. Dedicated to expanding the repertoire for clarinet and saxophone duo, the ensemble has commissioned works from composers: Katherine Bergman, Peter Gustav Weston II, Sam Krahn, and Neal Endicott.

Prior to his appointment at East Tennessee State University, Brian served as the Assistant Professor of Saxophone and Jazz Studies at Simpson College (Indianola, IA), overseeing all aspects of the jazz program, including an annual jazz festival that attracted over 600 students. He has held positions at the University of Minnesota-Morris, the University of Northern Colorado, East Carolina University, Blue Lake Fine Arts Camp, MacPhail Center for Music, the Mount Olivet School of Music, Apple Valley High School (MN), and served as an assistant director with the Minnesota Youth Jazz Bands. Brian holds a Doctor of Arts degree with an emphasis in saxophone performance and secondary emphasis in jazz pedagogy from the University of Northern Colorado, where he was a student of Dr. Andrew Dahlke. He holds additional degrees from East Carolina University (M.M.) and the University of Minnesota (B.M). His primary teachers have included Dahlke, Jeffrey Bair, Eugene Rousseau, Brian Grivna, and Greg Keel.