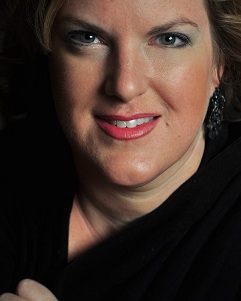 Karen E. Smith, a native of Texas, received her BM in vocal performance from Louisiana State University where she studied with Patricia O'Neill and Martina Arroyo. After completing her BM, she continued at the Cincinnati-Conservatory of Music where she received her Master of Music under the teaching of Barbara Honn. Upon completion she entered into the Artist Diploma in Opera program at CCM. While there, Mrs. Smith coached under Sylvia Plyler, David Adams and Kenneth Griffiths and performed in master classes with artists like Warren Jones, Renata Scotto and Luigi Alva. She performed numerous roles at CCM including the title role in Suor Angelica, Ludmila in The Bartered Bride, and Juno in La Calisto, as well as numerous chamber, oratorio and concert appearances. She has sung with the Cincinnati and Baton Rouge Operas as well as Opera Theatre di Lucca in Lucca, Italy under the direction of Lorenzo Malfatti.

After her time in Cincinnati, she began teaching and has had studios in the Houston and Dallas areas before moving to Johnson City. Mrs. Smith has been an instructor of voice at ETSU for eight years now. She is currently the Director of the ETSU Opera Theatre, where she leads student casts in fully-staged operas and scenes each year. Mrs. Smith also served as adjunct instructor at Milligan College from 2002-2010. She has enjoyed soloing with the ETSU chorale a number of times and has even performed the role of the Witch in the ETSU Opera Theatre's production of Hansel and Gretel in 2008. She resides in Johnson City with her husband, Chris and their children Anton and Sitota.