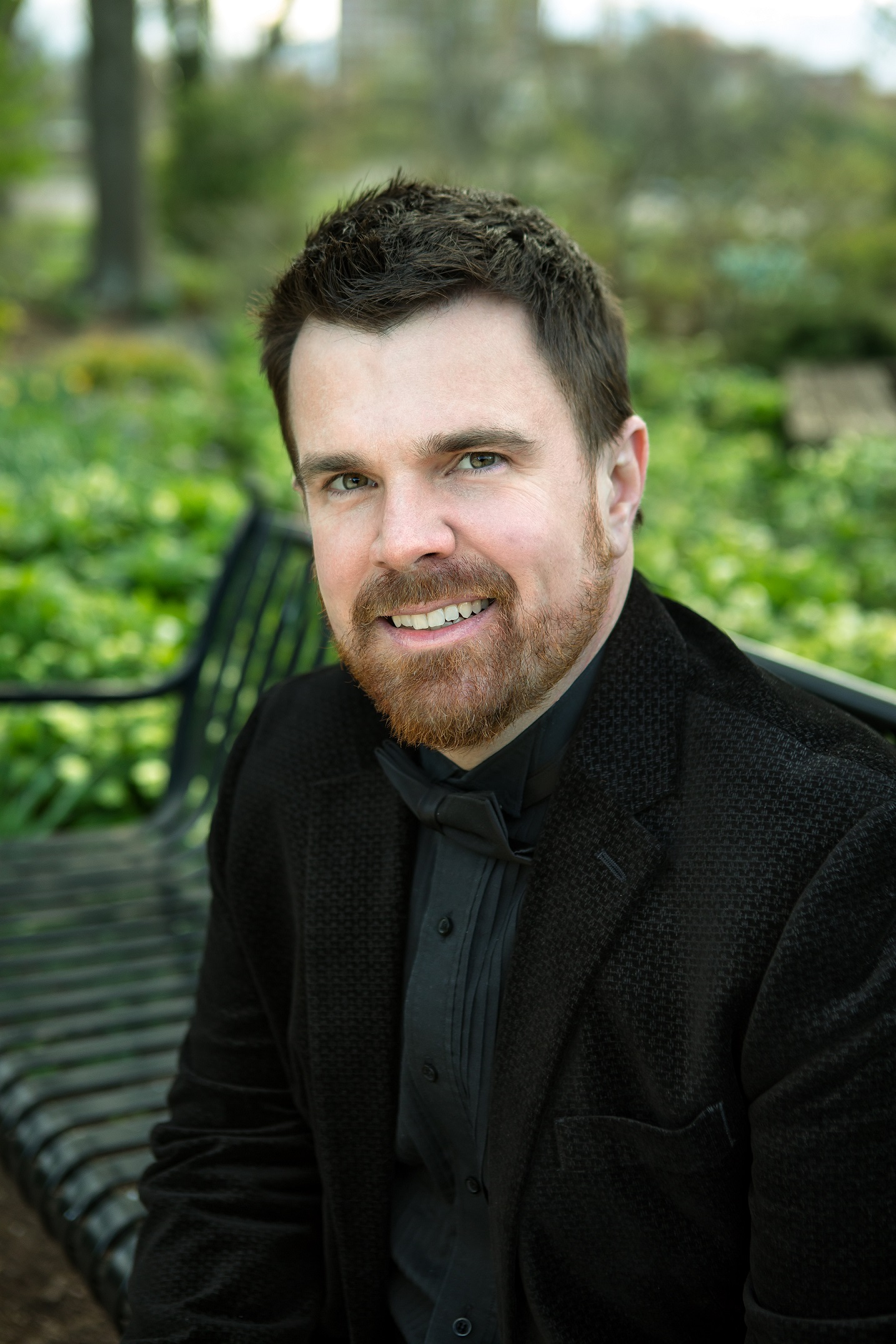 Dr. Alan Stevens is Chair of the Department of Music and Director of Choral Activities at East Tennessee State University. He conducts the ETSU Chorale, which has a long history of choral excellence that includes performances for the American Choral Directors Association (ACDA) National and Regional Conferences, Tennessee Music Educators Association, and international competition titles. The Chorale tours annually, alternating national and international tours.

Dr. Stevens is also a composer and frequent clinician. Two of his editions for TB choirs were published by Walton Music in 2020 (I Got a Hog and a Pig in a Pen, & Look Up, Look Down). He is a contributing author to volume four of Teaching Music Through Performance in Choir (2017), and a contributing author to Conducting Men’s Choirs (2020). He has presented research from his dissertation at the ACDA National Conference (2013) and the Tennessee Music Educators Association State Conference (2017, 2018), and presented at the 2022 Southern Region ACDA Conference on the impact of perfectionism among conductors. He was selected by the ACDA as an International Conductors Exchange fellow in 2017 and traveled to Brazil to guest conduct at the renowned Conservatório de Tatuí. He returned in 2018 by invitation for a week-long residency. In 2019 he was invited to present at the Foro Coral Americano in San Juan, Argentina.

Dr. Stevens specializes in tenor bass voices and repertoire. He currently serves as the Repertoire and Resources Chair for TB Choirs for the State of Tennessee ACDA Chapter, and previously served in that role for the ACDA Southern Region. He is the Artistic Director of the Knoxville Gay Men’s Chorus, a position he has held since 2015. Under his baton the KGMC has grown significantly, and was selected as one of eight choirs to perform a featured "coffee concert" at the 2020 Gay and Lesbian Association of Choruses (GALA) National Festival. Dr. Stevens conducted the ETSU BucsWorth Tenor Bass Choir from 2013-2022, during which BucsWorth was recognized as one of the premier university TB choirs in the nation. BucsWorth received third place in the 2017 American Prize Competition for University Choirs, and was selected to perform at the Intercollegiate Men’s Choruses National Seminar, the Tennessee Music Educators Association State Conference, and the Young Men’s Power Sing in Atlanta.

Dr. Stevens was also the founding director of Greyscale, formed in 2013. Greyscale performs a diverse repertoire of jazz, pop, and nontraditional/contemporary choral music. Under his direction, Greyscale recorded four studio albums with multiple Grammy-winning engineer Martin Walters, which are available on all major digital streaming services.

Prior to Tennessee, he was based in Arizona and sang for two seasons with the Phoenix Chorale. He appears on their album, Northern Lights (the music of Ola Gjeilo). He also sang for three seasons with True Concord (Tucson, AZ), and was the Assistant Director for the 2011-2012 season. He appears on the Grammy-Nominated album Far in the Heavens: Choral Music of Stephen Paulus. He appears as a featured soloist with the CORO Vocal Artists on the album Sweet Music Here.