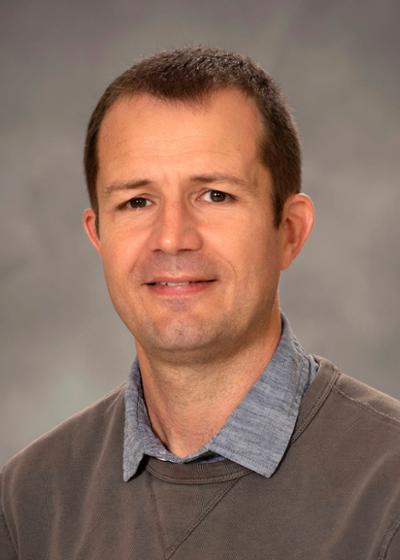 David grew up in Yorkshire, England. As an undergraduate, he studied mathematics and philosophy, at the University of Sheffield. He completed his graduate work at the University of Chicago at Illinois, and has been teaching at ETSU since 2006. In recent years, and to varying degrees of success, he’s tried learning Bluegrass fiddle, running marathons, and making his own cheese. He’s passionate about the Chicago Cubs and fanatical about his favourite English Premier League team - Leeds United. Since 2022, David has served as chair of the department.

With respect to philosophical interests, David’s doctoral work was in the philosophy of science and, in particular, the question of whether science provides us with (approximately) true theories, explanations and models, or whether science provides us with merely useful theories. He retains a strong interest in issues within general philosophy of science, including questions about the nature of evidence, explanation, and scientific progress.

At ETSU, he’s taught courses on philosophy of biology, logic, metaphysics and epistemology. The former involves trying to better understand foundational concepts from the biological sciences, such as those of adaptation, species, gene and biological information. Within metaphysics, he particularly enjoys discussing problems surrounding free will, identity, causation and the nature of time.

David’s interests in epistemology tend more towards application. In his most recent research, he’s focused on problems surrounding misinformation, and how we can better protect ourselves and others from its worst consequences. As a result, he has become increasingly suspicious of epistemic individualism, increasingly sympathetic to the idea that we have a moral responsibility to believe only what evidence can support, and increasingly puzzled about how we should respond to evidence concerning our own limitations and biases.

Dr. Harker was the recipient of the 2017 Distinguished Faculty Research Award!