For more than 20 years, the Tennessee Department of Education has contracted the services of the ETSU Center of Excellence in Early Childhood Learning and Development to disseminate, collect, and analyze surveys from families and parents of children, birth to age 21, who receive special education services in Tennessee. The surveys disseminated annually to families and parents include: 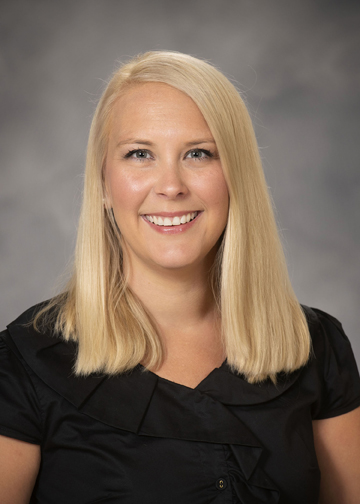 Rachael began working as the Coordinator for the ETSU Technical Assistance Project in August 2019. Rachael holds a Bachelor’s degree in Communications from the University of Tennessee. She graduated with honors from Clemmer College at East Tennessee State University with Master’s Degree in Special Education and was recognized as the Outstanding Special Education Student of the Year in 2011 by the faculty of Clemmer College.

Prior to joining the staff of the Center of Excellence in Early Childhood Learning and Development, Rachael taught self-contained special education students in kindergarten through second grade at Boones Creek Elementary School in Washington County, Tennessee. Rachael’s focus was assisting students to reach their IEP goals and to participate in the general curriculum as much as possible through inclusion.

During graduate school at East Tennessee State University, Rachael was the Program Coordinator for the Positive Behavior Support Initiative Project. In this role, she implemented school-wide positive behavior support programs in schools throughout northeast Tennessee with the goal of improving school climate and decreasing discipline office referrals.

Rachael’s young children, Giorgia and Gabriel are the biggest joys in her life. Giorgia is a competitive cheerleader and Gabriel is mostly interested in throwing his food. Rachael and her husband Gabe, who works for ETSU in Information Technology Services, just celebrated their eighth wedding anniversary. Rachael and Gabe met as students at ETSU.