ETSU Board of Trustees

With the passage of the Focus on College and University Success (FOCUS) Act by the 109th Tennessee General Assembly, East Tennessee State University (ETSU) began the transition from governance by the Tennessee Board of Regents (TBR) to an institutional board of trustees.  The FOCUS Act granted the state’s six public universities in the TBR system additional autonomy to empower each individual institution to be successful as Tennessee works to achieve its goal of 55 percent of adult Tennesseans having a postsecondary degree or credential by 2025. 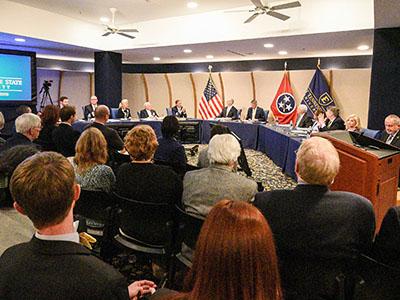 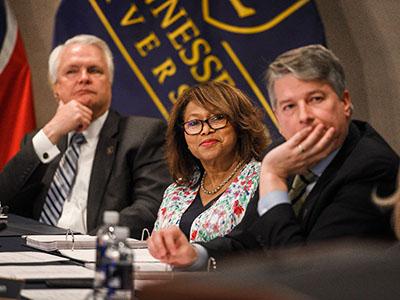 Eight of the ten-member Board of Trustees for ETSU are appointed by the Governor of Tennessee with confirmation by the Tennessee General Assembly.  The ETSU Faculty elects the faculty trustee who serves a two-year term on the board.  The Board selects a student trustee to serve each year via a process developed by ETSU student leadership. The state level coordinating body, the Tennessee Higher Education Commission (THEC), provides training for all public higher education board members.