The Center for Appalachian Studies & Services 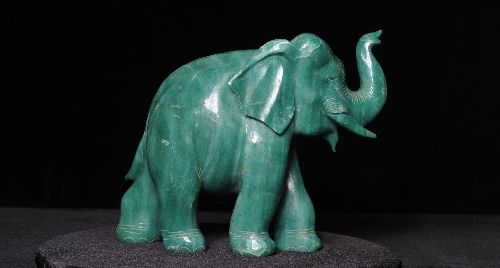 This elephant is part of a collection of elephants that belonged to the museum's namesake, Congressman B. Carroll Reece.  Reece served in the House longer than anyone else in Tennessee History.  Reece died on March 19, 1961, just two months after being sworn in for his 18th term.  He was a decorated veteran of WWI and served his country in the political realm for decades.  His legacy is preserved and told through his archival and artifact collection at East Tennessee State University's Archives of Appalachia and Reece Museum.