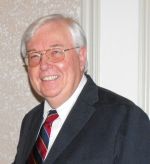 The Secret History of RDX: The Super-Explosive that Helped Win World War II

During the early years of World War II, American ships crossing the Atlantic with oil and supplies were virtually defenseless against German U-boats. Bombs and torpedoes  loaded with TNT barely made a dent in the tough steel plating that covered the hulls of Axis submarines and ships. Then, seemingly overnight, a top-secret, $100 million plant appeared near Kingsport, Tennessee, manufacturing a sugar-white substance called Research Department Explosive (code name RDX). Behind thirty-eight miles of fencing, thousands of men and women synthesized 23,000 tons of RDX each month. Twice as deadly as TNT and overshadowed only by the atomic bomb, this ordnance proved to be pivotal in the Battle of the Atlantic and directly contributed to the Allied victory in WWII.

In The Secret History of RDX, Colin F. Baxter documents the journey of the super-explosive from conceptualization at Woolwich Arsenal in England to mass production at Holston Ordnance Works in east Tennessee. He examines the debates between RDX advocates and their opponents and explores the use of the explosive in the bomber war over Germany, in the naval war in the Atlantic, and as a key element in the trigger device of the atomic bomb.

Drawing on archival records and interviews with individuals who worked at the Kingsport "powder plant" from 1942 to 1945, Baxter illuminates both the explosive's military significance and its impact on the lives of ordinary Americans involved in the war industry. Much more than a technical account, this study assesses the social and economic impact of the military-industrial complex on small communities on the home front.

In The American Military Tradition historians John M. Carroll and Colin F. Baxter gather an esteemed group of military historians to explore the pivotal issues and themes in American warfare from the Colonial era to the present conflict in Iraq. From the reliance on militia and the Minutemen of the American Revolution to the all-volunteer specialized troops of today, these twelve essays analyze the continuities and changes in the conduct of war over the past three centuries. In this completely revised second edition, new essays explore Napoleonic warfare, the American Civil War, the Plains Wars in the West, the War against Japan, the nuclear arms race, and the War on Terror. The book, while not avoiding the nature of battle, goes beyond tactics and strategy to include the enormous social and political impact of America's wars.

In the desperate summer of 1942, Hitler seemed to be on the verge of victory in Russia and the Middle East. With Rommel nearing Cairo, a little known lieutenant-general, Bernard Montgomery, took charge of what Churchill called a baffled and bewildered British 8th Army. Assuming command, Montgomery issued his famous order, Here we will stand and fight;…If we can't stay here alive, then let us stay here dead, and led the Army to one of the Allies' greatest victoriesEl Alamein. Monty became an instantly recognizable Allied leader, but as a man with strong views, unbending principles, and outspoken frankness, he was both loved and disliked, praised and criticized. This bibliography presents and evaluates the extensive body of literature that has grown up around the controversial Field Marshal.

Any serious study of World War II military campaigns must confront Field Marshal Bernard Montgomery, an individualist with both admirers and detractors. This book provides an extensive historiographical overview of the literature in Part I and a bibliography of significant works in Part II. It is a basic reference and research guide for the student, scholar, and general reader.

Few of the major campaigns of World War II aroused as much controversy as the War in North Africa, 1940-1943. Figures such as Rommel, Montgomery, and Eisenhower would become world famous because of the fighting in North Africa. This book opens with seven historiographical essays that evaluate and critically assess the major contributions to the literature on the War in North Africa. It then includes an alphabetically arranged bibliography of the 504 entries cited in the essays. The material is easily accessible, with cross-references between the text and the bibliography and a full index.

The volume includes chapters on the Desert War, 1940-42; the Axis Powers in North Africa; Montgomery, Alam Halfa and El Alamein; TORCH: the Landings in French North Africa, and the Tunisian Campaign. Full attention is given to questions and issues historians have raised on such controversies as the Auchinleck-Montgomery dispute, the debate over Operation TORCH, and the Darlan affair. Emphasis is on English-language works, but the most significant Italian, German, and French works are cited and assessed. The book has been written for use in public, college, university, and institutional libraries, and to serve general readers and military historians.

The Normandy Campaign, 1944: A Selected Bibliography

The Normandy campaign in the summer of 1944 was perhaps the most important battle of the twentieth century. It decided the fate of Nazi Germany. This historiographical narrative critically assesses the important literature on the campaign and offers the most comprehensive bibliography on the subject to date. This research guide is easily accessible, with cross-references between the text and the bibliography and a full index. It has been developed for use in public, college, university, and institutional libraries and to serve military historians and history buffs interested in D-Day.

The narrative provides a brief historical background, describes ten different types of sources for conducting research on the Normandy campaign and then looks at sources concerned with the Second Front, Overlord, air and naval preparations, Operation Fortitude, D-Day, and the Battle for Normandy, before pointing to trends and future research needs. The second part of the book lists 539 works on the Normandy campaign, including references, bibliographies, guides, dissertations, books, documents, and magazine articles. The emphasis is on English-language works, but the most significant French and German materials are included also.

"Veterans of Appalachia Remember the World at War," Now and Then (Fall 1987).