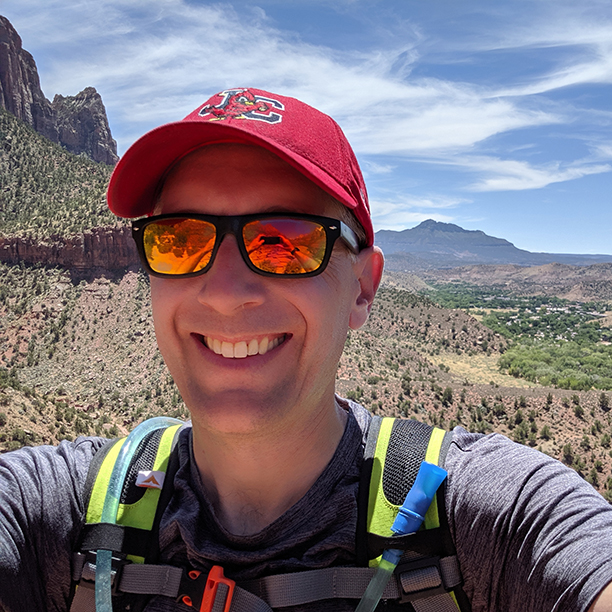 Dr. Maxson’s research focuses on the political, social, and cultural history of medieval and early modern Europe, especially the Italian Renaissance. His first monograph, the Humanist World of Renaissance Florence, 1400-1480 was released by Cambridge University Press in 2014. The book examines the learned interests of hundreds of so-called amateur humanists and, using a case study of Florentine diplomats, argues that the demands of political and social rituals motivated the spread, form, and success of the humanist movement. His new book, A Short History of Florence and the Florentine Republic, will be released by Bloomsbury in 2022. The book takes an interdisciplinary approach to balance domestic, regional, peninsular, and broader developments in Florence from the city’s founding until the present. Dr. Maxson is currently beginning a project focused on the Italian Renaissance in the United States during the 1800s. He has held fellowships from the Massachusetts Historical Society, Villa I Tatti (the Harvard University Center for Italian Renaissance Studies, the Marco Institute at the University of Tennessee, and others. Dr. Maxson keeps an updated profile on academia.edu (https://etsu.academia.edu/BrianMaxson).

Europe between 1050 and 1700
Political, diplomatic, cultural, and social history Italy

Florence in The Early Modern World

Florence in the Early Modern World offers new perspectives on this important city by exploring the broader global context of the fifteenth and sixteenth centuries, within which the experience of Florence remains unique. By exploring the city’s relationship to its close and distant neighbours, this collection of interdisciplinary essays reveals the transnational history of Florence. The chapters orient the lenses of the most recent historiographical turns perfected in studies on Venice, Rome, Bologna, Naples, and elsewhere towards Florence. New techniques, such as digital mapping, alongside new comparisons of architectural theory and merchants in Eurasia, provide the latest perspectives about Florence’s cultural and political importance before, during, and after the Renaissance. From Florentine merchants in Egypt and India, through actual and idealized military ambitions in the sixteenth-century Mediterranean, to Tuscan humanists in late medieval England, the contributors to this interdisciplinary volume reveal the connections Florence held to early modern cities across the globe. This book steers away from the historical narrative of an insular Renaissance Europe and instead identifies the significance of other global influences. By using Florence as a case study to trace these connections, this volume of essays provides essential reading for students and scholars of early modern cities and the Renaissance.

The essays in this collection explore the languages – artistic, symbolic, and ritual, as well as written and spoken – in which power was articulated, challenged, contested, and defended in Italian cities and courts, villages, and countryside, between 1300 and 1600. Topics addressed include court ceremonial, gossip and insult, the performance of sanctity and public devotions, the appropriation and reuse of imagery, and the calculated invocation (and sometimes undermining) of authoritative models and figures. The collection balances a broad geographic and chronological range with a tight thematic focus, allowing the individual contributions to engage in vigorous and fruitful debate with one another even as they speak to some of the central issues in current scholarship. The authors recognize that every institutional action is, in its context, a political act, and that no institution operates disinterestedly. At the same time, they insist on the inadequacy of traditional models, whether Marxian or Weberian, as the complex realities of the early modern state pose tough problems for any narrative of modernization, rationalization, and centralization.

After Civic Humanism: New Approaches to Politics and Learning in Renaissance Italy

The thirteen essays in this volume demonstrate the multiplicity of connections between learning and politics in Renaissance Italy. Some engage explicitly with Hans Baron's "civic humanism" thesis illustrating its continuing viability, but also stretching its application to prove the limitations of its original expression. Others move beyond Baron's thesis to examine the actual practice of various individuals and groups engaged in both political and learned activities in a variety of diverse settings. The collective impression of all the contributions is that of a complex, ever-shifting mosaic of learned enterprises in which the well-examined civic paradigm emerges as just one of several modes that explain the interaction between learning and politics in Italy between 1300 and 1650. The model that emerges rejects any single category of explanation in favour of one that emphasizes variety and multiplicity. It suggests that learning was indispensible to all politics in Renaissance Italy and that, in fact, at its heart the Renaissance was a political event as much as a cultural movement.

The Humanist World of Renaissance Florence

This book offers a major contribution for understanding the spread and appeal of the humanist movement in Renaissance Florence. Investigating the connections between the individuals who were part of the humanist movement, Brian Jeffrey Maxson reconstructs the networks that bound them together. Overturning the problematic categorization of humanists as either professional or amateurs, a distinction based on economics and the production of original works in Latin, he offers a new way of understanding how the humanist movement could incorporate so many who were illiterate in Latin, but who nonetheless were responsible for an important intellectual and cultural paradigm shift. The book demonstrates the massive appeal of the humanist movement across socio-economic and political groups and argues that the movement became so successful and so widespread because by the 1420s¬-30s the demands of common rituals began requiring humanist speeches. Over time, deep humanist learning became more valuable in the marketplace of social capital, which raised the status of the most learned humanists and helped disseminate humanist ideas beyond Florence.

“The Failed Regime of Pope Adrian VI,” in The Culture and Politics of Regime Change in Italy, c.1494-c.1559, edited by Alexander Lee and Brian Maxson (New York: Routledge, 2022), forthcoming.

“Introduction”, coauthored with Alexander Lee for The Culture and Politics of Regime Change in Italy, c.1494-c.1559 (New York: Routledge, 2022).

“Florence, Pius II, and Jacopo Piccinino in 1458: A Case-Study of Gifts and Status in Diplomacy,” in Languages of Power in Italy, 1300-1600, eds. Daniel Bornstein, Laura Gaffuri, and Brian Jeffrey Maxson (Turnhout: Brepols Publishing, 2017).

“The Certame Coronario as Performative Ritual,” in Rituals of Politics and Culture in Early Modern Europe: Essays in Honour of Edward Muir, edited by Mark Jurdjevic and Rolf Strøm, pp. 137-63. Toronto: CRRS, 2016.

"The Ritual of Command: Humanism, Magic, and Liberty in Fifteenth-Century Florence," in After Civic Humanism, edited by Nicholas Scott Baker and Brian Jeffrey Maxson, 113-129. Toronto: Centre for Reformation and Renaissance Studies, 2015.

"Giannozzo Manetti, the King, and the Emperor" text by Brian Jeffrey Maxson, with textual edition by Stefano Baldassarri, Archivio Storico Italiano 177, no. 3 (2014): 513-69.

"Integration and Synergy of Research and Graduate Education in Science, Social Science, and the Humanities," coauthored with Drs. Cecilia McIntosh and Karin Bartoszuk, Critical Conversations: An Interdisciplinary Journal 1 (2014): 70-92.