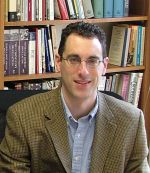 In the Election of 1872 the conflict between President U. S. Grant and Horace Greeley has been typically understood as a battle for the soul of the ruling Republican Party. In this innovative study, Andrew Slap argues forcefully that the campaign was more than a narrow struggle between Party elites and a class-based radical reform movement.

The election, he demonstrates, had broad consequences: in their opposition to widespread Federal corruption, Greeley Republicans unintentionally doomed Reconstruction of any kind, even as they lost the election. Based on close readings of newspapers, party documents, and other primary sources, Slap confronts one of the major questions in American political history: How, and why, did Reconstruction come to an end? His focus on the unintended consequences of Liberal Republican politics is a provocative contribution to this important debate.

When we talk about the Civil War, we often describe it in terms of battles that took place in small towns or in the countryside: Antietam, Gettysburg, Bull Run, and, most tellingly, the Battle of the Wilderness. One reason this picture has persisted is that few urban historians have studied the war, even though cities hosted, enabled, and shaped Southern society as much as they did in the North.

Confederate Cities, edited by Andrew L. Slap and Frank Towers, shifts the focus from the agrarian economy that undergirded the South to the cities that served as its political and administrative hubs. The contributors use the lens of the city to examine now-familiar Civil War–era themes, including the scope of the war, secession, gender, emancipation, and war's destruction. This more integrative approach dramatically revises our understanding of slavery's relationship to capitalist economics and cultural modernity. By enabling a more holistic reading of the South, the book speaks to contemporary Civil War scholars and students alike—not least in providing fresh perspectives on a well-studied war.

This Distracted and Anarchical People: New Answers for Old Questions about the Civil War-Era North

While most of the fighting took place in the South, the Civil War profoundly affected the North. As farm boys became soldiers and marched off to battle, social, economic, and political changes transformed northern society. In the generations following the conflict, historians tried to understand and explain the North's Civil War experience. Many historical explanations became taken for granted, such as that the Union Army was ideologically Republican, northern Democrats were disloyal, and German Americans were lousy soldiers. Now in this eye-opening collection of eleven stimulating essays, new and important information is unearthed that solidly challenges the old historical arguments.

The essays in This Distracted and Anarchical People range widely throughout the history of the Civil War North, using new methods and sources to reexamine old theories and discover new aspects of the nation's greatest conflict. Many of these issues are just as important today as they were a century and a half ago. What were the extent and limits of wartime dissent in the North? How could a president most effectively present himself to the public? Can the savagery of war ever be tamed? How did African Americans create and maintain their families?

This Distracted and Anarchical People highlights the newest scholarship on a diverse array of topics, bringing fresh insight to bear on some of the most important topics in history today--such as the democratic press in the antebellum North, peace movements, the Union Army and the elections of 1864, Liberia and the U.S. Civil War, and African American veterans and marriage practices after Emancipation.

Families, communities, and the nation itself were irretrievably altered by the Civil War and the subsequent societal transformations of the nineteenth century. The repercussions of the war incited a broad range of unique problems in Appalachia, including political dynamics, racial prejudices, and the regional economy.
Andrew L. Slap's anthology Reconstructing Appalachia reveals life in Appalachia after the ravages of the Civil War, an unexplored area that has left a void in historical literature. Addressing a gap in the chronicles of our nation, this vital collection explores little-known aspects of history with a particular focus on the Reconstruction and post-Reconstruction periods. Acclaimed scholars John C. Inscoe, Gordon B. McKinney, and Ken Fones-Wolf are joined by up-and-comers like Mary Ella Engel, Anne E. Marshall, and Kyle Osborn in a unique volume of essays investigating postwar Appalachia with clarity and precision.

Featuring a broad geographic focus, these compelling essays cover postwar events in Georgia, Kentucky, North Carolina, Tennessee, West Virginia, and Pennsylvania. This approach provides an intimate portrait of Appalachia as a diverse collection of communities where the values of place and family are of crucial importance. Highlighting a wide array of topics including racial reconciliation, tension between former Unionists and Confederates, the evolution of post--Civil War memory, and altered perceptions of race, gender, and economic status, Reconstructing Appalachia is a timely and essential study of a region rich in heritage and tradition.