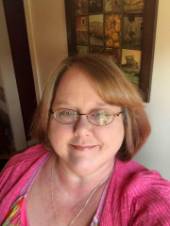 Kim Woodring received her Master of Science degree in Library and Information Science in 2016 from University of Tennessee and a Master of Arts degree in history in 2013 from East Tennessee State University. She received a Bachelor of Arts degree in history, with a minor in anthropology in 2010 and an Associate in Applied Science in 1998 from East Tennessee State University. She moderates the web pages and social media for the history department. Her main research interests are Roman Britain and Romanization with special emphasis on religion and burial practices.

The Role of Religion in Ancient Civilizations

The Role of Religion in Ancient Civilizations: Select Readings addresses the importance of religion in ancient civilizations and encourages readers to evaluate these civilizations both historically and critically. The selected readings help readers understand civilizations as whole systems with not only social and political characteristics, but also religious ones.