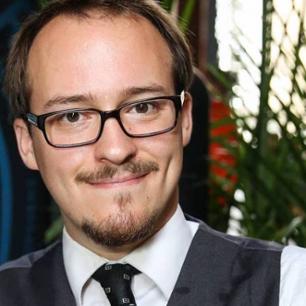 Originally from Michigan, Neal Endicott is a composer, educator, music theorist, and saxophonist. As a composer, Neal specializes in the creation of acoustic concert works, particularly works for winds. His works have been awarded and recognized by the Dartmouth College Wind Ensemble, the Sinta Quartet, the American Prize in Composition, adjudicated competitions at Michigan State University, and KLK New Music.

As a theorist, Neal specializes in research focused on modernizing and diversifying the music theory curriculum at both undergraduate and graduate levels, and on post-tonal repertoire. His paper, Mamlok On Day One: Strategies for Incorporating Recent Music Throughout the Undergraduate Music Theory Curriculum was published in Vol. 34 of the Journal of Music Theory Pedagogy and presented at Music Theory Midwest 2020 and the 2020 Florida State University Music Theory Society Forum, among other venues.