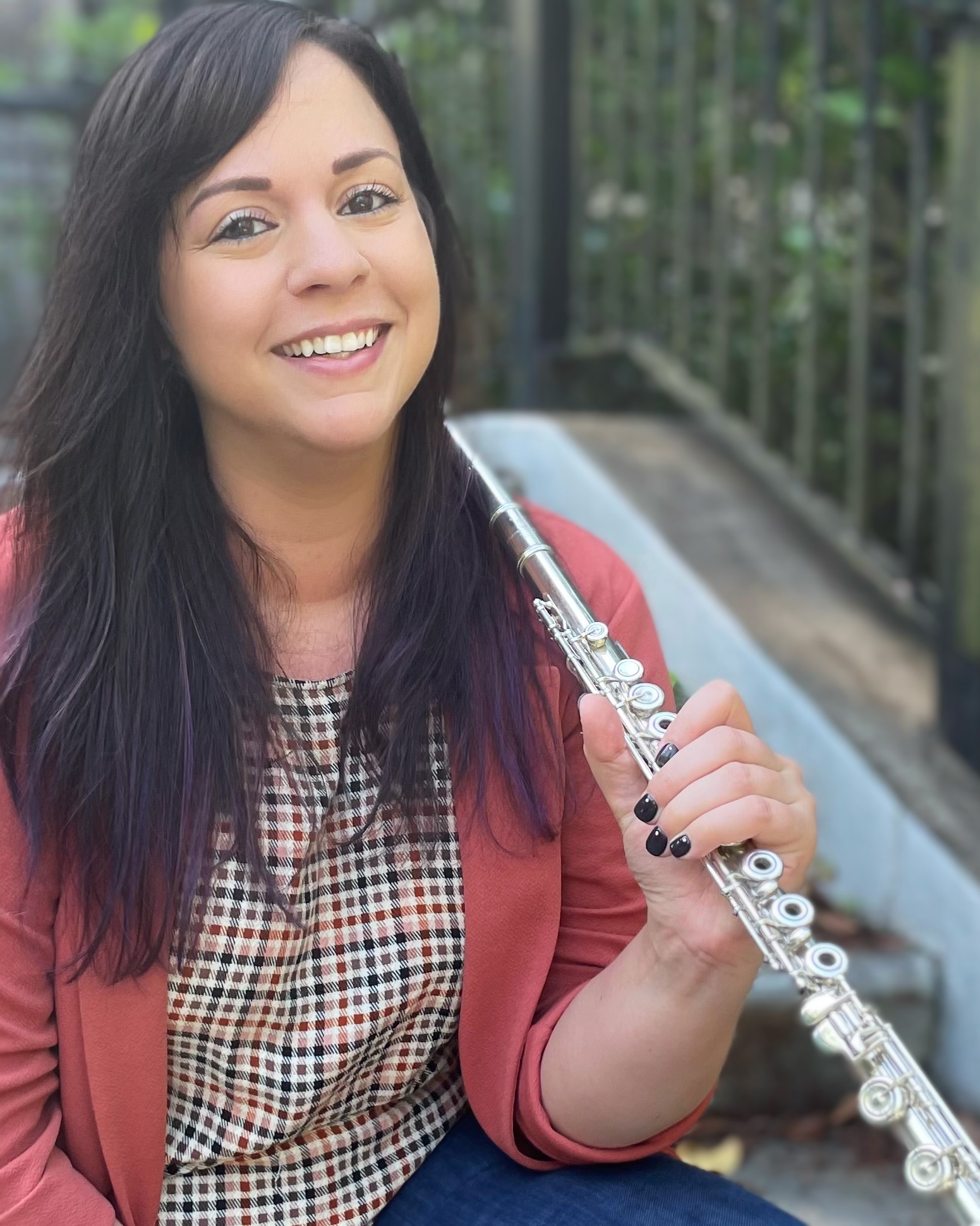 Teaching is Dr. Farzaneh’s passion and priority. She has previously served as adjunct faculty at Presbyterian College in Clinton, SC and was also director of Congaree New Horizons Flute Loops, an adult amateur flute choir based in Columbia, SC. Dr. Farzaneh maintains an active private studio of students that have advanced in honor bands, competitions, and successful college auditions.

Being an Iranian-American flutist, Dr. Farzaneh has a passion for exploring new and diverse repertoire. She has collaborated with several female-identifying Iranian composers and has had the honor of presenting her research of works for flute by Iranian women around the country. She has presented a variety of recitals and lectures at conferences for the Mid-South Flute Society, Mid-Atlantic Flute Society, National Flute Association, Florida Flute Association, South Carolina Flute Society, and the Flute New Music Consortium.

In addition to being adjunct flute professor at ETSU, Dr. Farzaneh works in advertising for the National Flute Association. https://www.royafarzaneh.com/