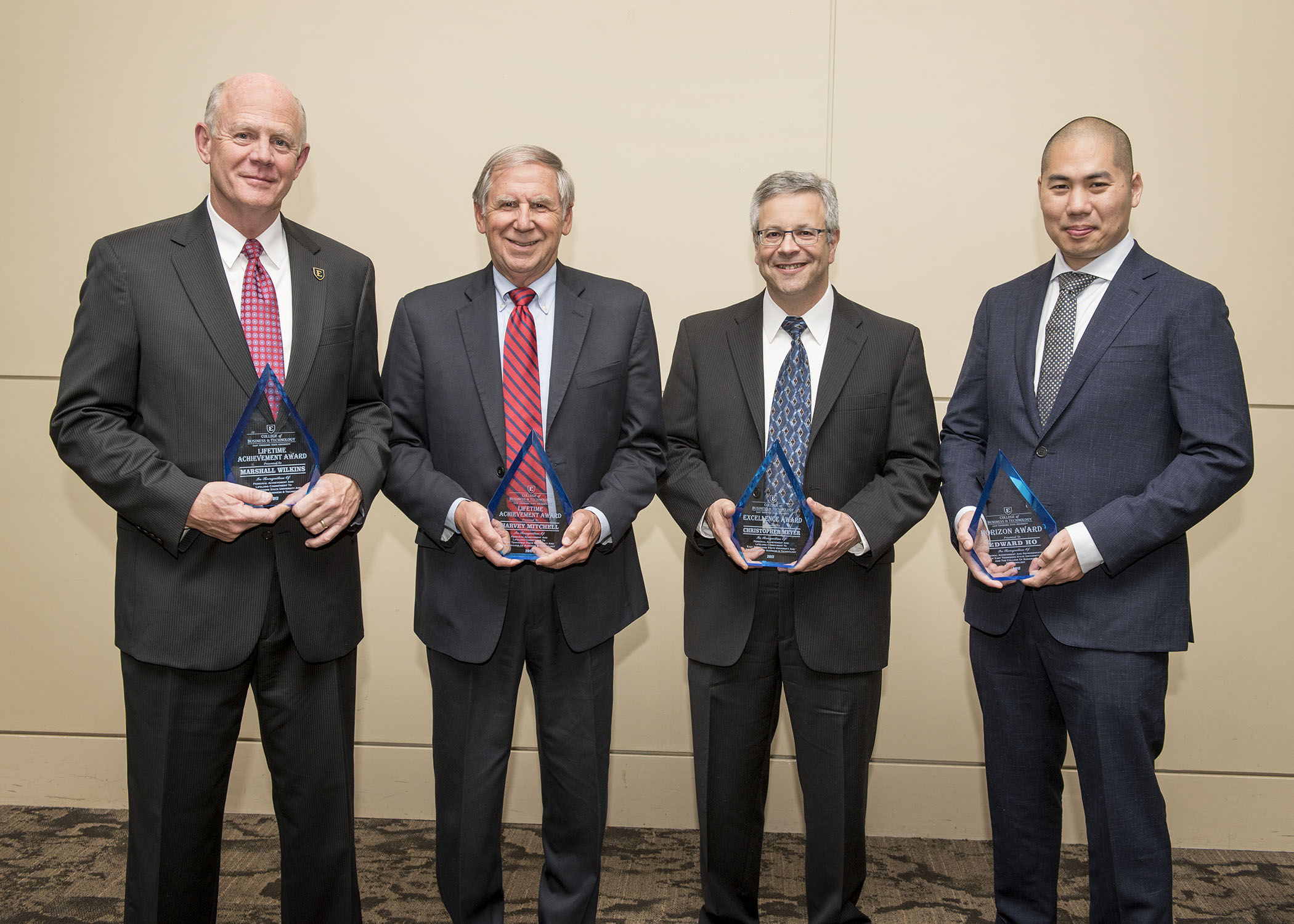 Harvey L. Mitchell retired in June 2016 as market president of the Tri-Cities Region for HomeTrust Bank after a 45-year career in the financial industry.  He spent 40 of those years primarily in the Tri-Cities, working with both small independent and large regional banks, as well as assisting in the opening of a local start-up bank, which he served as senior vice president of retail banking.

In the community, Mitchell has served on many boards, including the United Way of Washington County and the American Red Cross of Northeast Tennessee, and is a member of the Kiwanis and Lions clubs.  He currently serves on HomeTrust Bank’s Tri-Cities Community Board and the board of directors of Areawide Development Corporation in Alcoa, Tennessee.  This corporation promotes economic development by administering various business loan programs, such as Small Business Administration 504 loans, the Economic Development Administration Revolving Loan Fund, and the Rural Development Intermediary Relending Program.

Mitchell resides in Jonesborough with his wife, Barbara, and they have two children and two grandchildren.  He is a member of Heritage Baptist Church and has served with the Emmaus Community.

Marshall L. Wilkins, a native of Paducah, Kentucky, joined the Chick-fil-A fast food restaurant family in 1981 and today is the owner and operator of the Chick-fil-A franchise at Turkey Creek in Knoxville.

After graduating from Knoxville’s Bearden High School in 1972, Wilkins attended East Tennessee State University and graduated with a degree in accounting in 1977.  As a student, he was a senator in the Student Government Association and a member and officer of Sigma Chi Fraternity, in which he remains active as an alumnus.  While earning his degree, he worked as a construction subcontractor in Knoxville, followed by three years in sales with Oscar Meyer before joining Chick-fil-A.

Wilkins serves the community in numerous capacities within such organizations as Knoxville Open, the Knoxville Fellows mentor program, Yoke Youth Ministries, Nucleus Knoxville, the American Heart Association, the Boys and Girls Club, and Zoo Knoxville.  An avid golfer, he is a member of the Holston Hills Country Club, and also enjoys lake activities, travel, and leadership development.  He is a member of Middlebrook Pike United Methodist Church and Bible Study Fellowship.

Wilkins and his wife, Clare Collins Wilkins, are the parents of one child.

Chris Meyer came to Johnson City from Arlington Heights, Illinois, in 1979 to shoot on East Tennessee State University’s renowned rifle team.  Initially an undecided major, he discovered computer science in the spring of 1980 and never looked back.  While at ETSU, he was named to the All-Southern Conference rifle team four years in a row and was named Outstanding Computer Science Student in 1983.

After graduating with a B.S. in computer science in 1983, Meyer joined IBM to develop mainframe operating system software.  For over 30 years, he has worked in software development, testing, architecture and management for IBM, where he has been issued numerous patents and published many papers and articles.  He has spoken on technical topics around the globe.

Recognizing that ETSU prepared him well for his career, Meyer has remained engaged with the university and the College of Business and Technology.  He has served as IBM’s university ambassador to ETSU since 2005 and on the ETSU Computer Science Advisory Board since 2006.  He has recruited other ETSU computer science graduates to IBM and provided financial support to the Girls in Science and Technology program, which is organized and run by Department of Computing faculty each summer.

In the community, Meyer has served as an adult leader in the Boy Scouts of America since 2003 and continues to do so even though his sons, both of whom are now Eagle Scouts, have “aged out” of the program.  Through the IBM-North Carolina State University Pathfinders program, he has spent the past four years mentoring NC State engineering students in preparation for technical careers.  He is also a regular blood donor, a practice he began as a student at ETSU.

Meyer, his wife, Kristin, are members of ETSU’s Distinguished President’s Trust.  They and their two sons live in Raleigh, North Carolina, where he continues to work for IBM as a software product architect.

Edward Ho, who has been in the technology industry in Silicon Valley since graduating from East Tennessee State University in 1999, currently works for the social media giant Twitter Inc.  As general manager of Twitter’s Consumer Product and Engineering Group, he leads the team responsible for developing and operating the Twitter product.

Ho began his career as a software engineer at Sony’s U.S. Research Labs, where he was part of a team developing a machine translation product.  Over the years, he held engineering positions at IBM’s Almaden Research Center, Yahoo, and Google.  At Yahoo, he co-invented the highly acclaimed Yahoo Pipes product.  During his five years as a staff software engineer and director of product management at Google, he led the development of multiple social products, including Google+.

After leaving Google in 2012, Ho co-founded and was chief technology officer of Cover, which was designed to personalize Android phones by learning the most frequently used apps.  The company was acquired by Twitter in 2014.  Over the course of his career, Ho has co-invented 17 issued patents.

During his time at ETSU, Ho was a Presidential Scholar and a member of the student chapter of the Association of Computing Machinery.  He also served the university as an Admissions Ambassador and a Preview leader.

Ho and his wife, Felicia, reside in Hillsborough, California, and are the parents of two children.