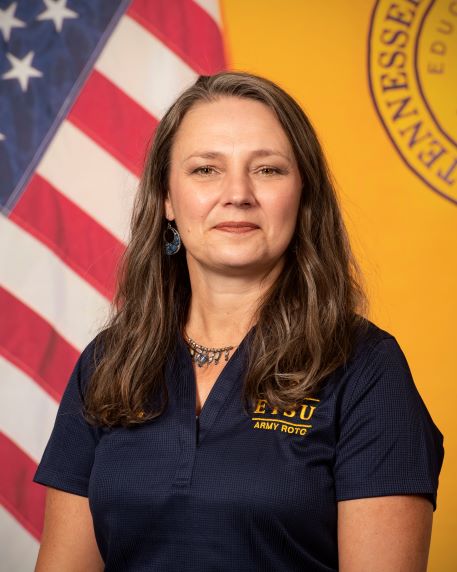 Angela Haire grew up in Oakdale, TN, and moved to Johnson City where she first joined East Tennessee State University in 1997, and later began working with the Military Science Department in 2006.

Angela currently serves on the ETSU Parking, Traffic and Security Committee, as Secretary on the Board of Directors of the Tri-Cities Military Affairs Council, and a Board Member of Johnson City Hidden Heroes, which falls under the Elizabeth Dole Foundation.

Angela has been married to Jim, a Certified Physician’s Assistant at Appalachian Orthopaedics, for 24 years and together they have a son, Paul, who is an aspiring golfer. Angela is a member of Harbor Light Baptist Church and enjoys traveling, cooking, and reading.