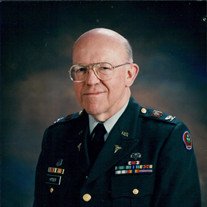 Dr. Nat Edens “Ed” Hyder, Jr., M.D. was born in Hampton, TN, in March 1929. He graduated from Elizabethton High School in 1946. He attended Milligan College before joining the Army in June of 1947, after service as a clerk and medic in the Army. He enrolled at East Tennessee State College to earn a Bachelor of Science degree in Chemistry. He went on to attend and graduate from the University of Tennessee’s College of Medicine with a Doctor of Medicine degree in June, 1954.

During his career, Dr. Hyder served several communities, the State of Tennessee and his Nation in many capacities. He was a longtime Railroad Physician with CSX. He served as a Nuclear Medical Consultant and Plant Physician at Nuclear Fuel Services at various times from 1970 to 1992. He has served as president of the Erwin Civitan Club, the Erwin Community Chest and United Way, Chairman, Board of Directors for the Erwin YMCA. He was a member of Mountain View Baptist Church. He served as Deacon for the First Baptist Church of Chatom, AL, First Christian Church and the First Baptist Church, both in Erwin. In 1968, Dr. Hyder volunteered through a program with the American Medical Association to go to Vietnam as a civilian doctor treating Vietnamese civilians alongside Vietnamese bunkers because of mortar attacks.

Dr. Hyder served in various positions in ETSU’s James H. Quillen College of Medicine. He stood as Acting Director of the Johnson City Family Practice Residency Program, a member of the Dean’s Council and Admissions Committee, Associate Professor in the Department of Family Practice and Assistant Dean and Director of Medical Education at the Johnson City Medical Center.

Dr. Hyder served his country through the military, as well. In 1975, he joined the Medical Corps in the US Army Reserve. He was promoted to Colonel in 1978. He became Commander of the 912th Combat Support Hospital in 1982. In 1985, he became the Commander of the 332nd Medical Brigade, leading over 150 Army Reserve Units. He served as Commander over the 377th Combat Support Hospital, then transferred to the 662 Medical Detachment of the National Guard before his retirement in 1995. He later joined the National Defense Force Service Command, where he served as Brigadier General, Major General and Lieutenant General.