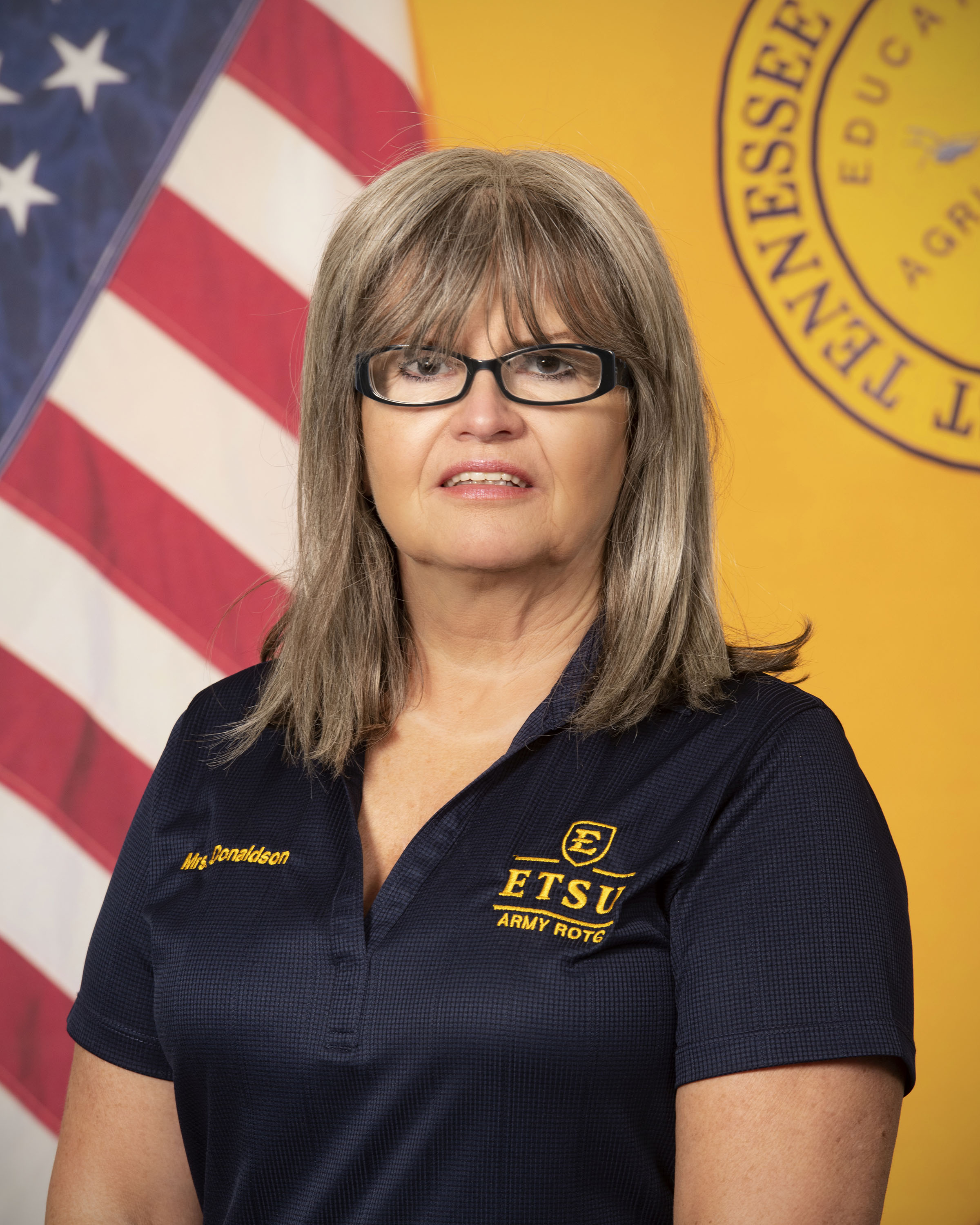 Deborah J. Donaldson graduated from East TN State University on 15 December 2001 after having returned to school part-time in 1996. Mrs. Donaldson has been a member of the ETSU ROTC cadre/staff since 28 June 1984 when she was hired as Cadre administrator for the Buc Battalion. In July 1985, Mrs. Donaldson took on the task of Cadet administrator and has filled that position ever since. She has seen 352 Cadet receive their commission to date and is proud of each and every one of them.

She is a life-long resident of Johnson City, TN having graduated from University High School. She is married to Jim Donaldson and is the mother to Trey and Rick Donaldson, but her pride is in her granddaughters, Serra (10), Trinity (8), A.J. (7) and Addie (2).