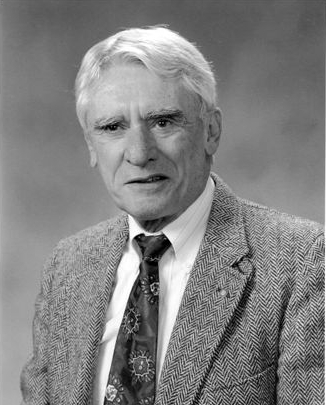 Ernest Albert (Ernie) Daigneault was born in Chicopee, Massachusetts in 1928. He received his B.S. degree in Pharmacy from the Hampden College of Pharmacy in Willamarsett, MA, his M.S. from the University of Missouri at Kansas City (UMKC) in Pharmacology and his Ph.D. in Pharmacology from the University of Tennessee (UT) in Memphis Tennessee. His degrees were under the direction of two preeminent pharmacologists of the era, Dr. L. Eisenbrant at UMKC and Dr. Robert Woodberry at UT. Dr. Daigneault was invited to remain on faculty in the Department of Pharmacology at UT, where he served as a Teaching Fellow ('54-57), Instructor ('57-60) and Assistant Professor ('60-61). He then joined the faculty of the Louisiana State University (LSU) Medical School in New Orleans, Louisiana, as Assistant Professor ('61-63), Associate Professor ('63-69) and Professor ('69-77) of Pharmacology and Associate Professor of Otorhinolaryngology ('68-77). From 1963 to 1968, he was also Guest Lecturer at the University of Costa Rica.   He was recruited to the faculty of the James H. Quillen College of Medicine at East Tennessee State University (ETSU) in 1977, where he served as Professor and Chairman of Pharmacology until his retirement in 1996. Upon retirement he was awarded the honor of Emeritus Professor.

While at the University of Tennessee, Dr. Daigneault studied and published many articles on toxins and drugs utilizing classical in vivo pharmacological techniques, laying the foundation for the understanding of their actions. At LSU, he conducted studies on the transduction of sound by the cochlear round window and the cochlea. His special contribution was in understanding of cochlear potentials and ototoxic mechanisms.   When Dr. Daigneault moved to ETSU, he established a program in the area of Clinical Pharmacology.   This involved numerous studies that were done in collaboration with local physicians and other basic scientists to provide Phase I and Phase II information on drugs in development to fulfill Investigational New Drug (IND) requirements for the Food and Drug Administration (FDA).

Dr. Daigneault was an inaugural faculty member and the first Chairman of the Pharmacology Department of the Quillen College of Medicine, and played a significant role in the development of its undergraduate and graduate teaching programs. Two Ernest Daigneault Awards have been established in his honor upon his retirement by his colleagues and friends. One is to recognize academic excellence in Pharmacology within each sophomore medical school class and the other is to help support presentation of research by pharmacology graduate students at national meetings.  He also served on many committees important to the mission of the College including the Admission Committee, Curriculum Committee, Institutional Review Board and Radioactive Materials Committee and was on the search committees for two Deans and several department Chairmen. He was Chairman of the Institutional Review Committee and the Radioactive Materials Committee. In addition he served as Radiation Safety Officer both at LSU and at ETSU. In many ways, Dr. Ernest Albert Daigneault influenced the development of the College of Medicine and the Health Sciences at ETSU. Dr. Daigneault was also active in the local community through the Rotary Club and participated in its numerous community activities.