A 3-month-old baby whose rash began when he was weaned from breast milk.
What is your diagnosis, what test(s) do you recommend to confirm your suspicions, and what treatment, if any, do you recommend? 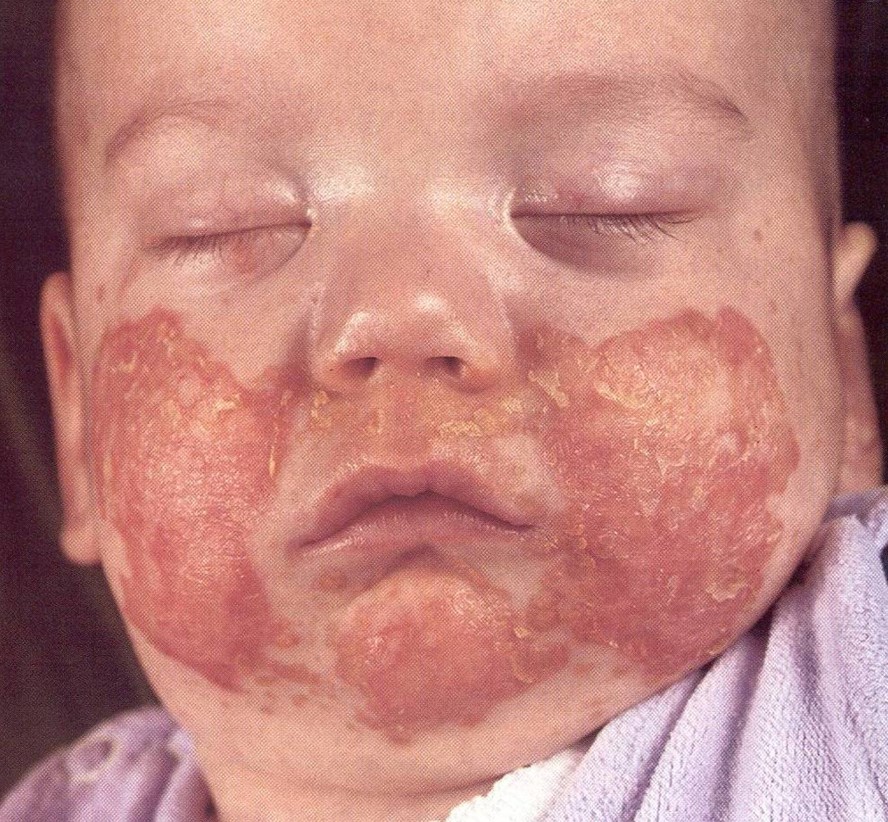 Diagnosis: Acrodermatitis enteropathica (AE), a rare autosomal autosomal recessive disorder with impaired absorption of zinc. Clinical manifestations include diarrhea, alopecia, depigmented hair, muscle wasting, depression, irritability, and a rash involving the extremities, face, and perineum. The rash is characterized by vesicular and pustular crusting with scaling and erythema.
Findings of zinc deficiency in AE may first appear on weaning, since breast milk may contain enough zinc to compensate for the malabsorption but formula does not. The diagnosis is confirmed by obtaining a serum zinc level of <70 ug/dL. Treatment consists of zinc replacement (20 mg/day).
Zinc deficiency is prevalent in many developing countries and usually coexists with other micronutrient deficiencies, especially iron. It has been described in a number of diseases, including diabetes mellitus, HIV/AIDS, cirrhosis, alcoholism, inflammatory bowel disease and sickle cell anemia. Severe chronic zinc deficiency has been reported to cause dwarfism, hypogonadism, and depigmented hair in children of Middle Eastern countries.