Rusty Crowe represents the 3rd district in the Tennessee State Senate, which encompasses Washington County and Carter County. Mr. Crowe obtained a Bachelor of Science in Criminal Justice and earned a Juris Doctor from Atlanta Law School. He serves as the chair of the General Welfare, Health & Human Resources Committee, and as a member of the Senate Education Committee, Select Oversight Committee on Education, Government Operations Committee, and as chair of the Joint Select Committee on Veterans Affairs. 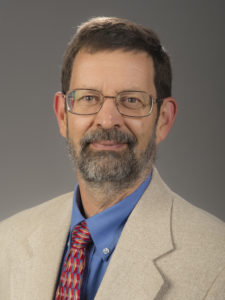 David Drozek, D.O. graduated from Ohio University College of Osteopathic Medicine (1983) trained and practiced as a general surgeon. He is board certified in general surgery and lifestyle medicine, and is a fellow of the American College of Lifestyle Medicine. He lived in Central America for 8 years, helping open a mission hospital in rural Honduras. Having personally experienced reversal of chronic lifestyle related disease in 2011, he transitioned into lifestyle medicine as a specialty, retiring from surgery in 2017. He teaches and is involved in research and global health at Ohio University Heritage College of Osteopathic Medicine in Athens, Ohio, and has a small lifestyle medicine practice which serves as a teaching and research venue. His research is focused on the teaching and delivery of lifestyle medicine, especially for people with lower socioeconomic status, in Appalachia and in Lima, Peru.

Angela Brown, a West Virginia native, graduated with a Bachelor’s of Nursing in 2005 from WVU Institute of Technology. She received a Masters of Nursing Administration in 2012 and Post-Master’s Certificate in 2016 as a Family Nurse Practitioner from Marshall University. Her work experience includes hospital nursing on med/surg floor, home health, rural health clinic nurse educator, and public health nurse, FNP, and administrator. She is married and has two active children - Isaac and Carson.

Dr. Amit Vashist is the System Chair of the Hospitalist Division for Ballad Health in Tennessee and Virginia. He is a dual board-certified internist and psychiatrist, and an avid proponent of implementing initiatives aimed at promoting quality, reducing cost and minimizing variation in the delivery of care imparted by hospital-based providers. His work has been instrumental in improving outcomes and reducing mortality in patients with Sepsis in southwest Virginia, earning him several local, regional and national awards. His other work has included working on improving outcomes in patients with heart failure and pneumonia, reducing unnecessary clinical testing including imaging studies, and improving patient experience. He has been recognized as a regional “Healthcare Hero,” and has been a recipient of the Tricities “Forty under 40” Award.

Haley Bradshaw, a twenty-year-old undergraduate at ETSU, was born and raised in Johnson City, Tennessee, where she previously attended University School. While currently studying chemistry and German, Haley aspires to enter the medical field. Born with a congenital heart defect, Haley was moved to become a pediatric cardiologist. She hopes to give other heart patients the same type of quality care that has been given to her. Thus far in her lifetime, Haley has had two open heart surgeries at Vanderbilt University Medical Center. She has since returned to that facility to shadow her own surgeon. While working toward her undergraduate degrees, Haley works in on-campus housing as a resident advisor and participates in extracurriculars such as the Chronic Illness and Disease Awareness Club, the German Club, and volunteering at places such as the local Ronald McDonald House. Haley is also a part of the Honors in Discipline program in the chemistry department. Currently, she is researching her thesis project in which she will work toward reducing the side effects on the kidneys of a medication used in the treatment of type II diabetes.

Dr. Samantha Minc is an Assistant Professor of Surgery and vascular surgeon at the West Virginia University Heart and Vascular Institute in Morgantown, WV. She completed her fellowship in Vascular Surgery at the University of Chicago, her General Surgery residency at the Yale-New Haven Hospital Saint Raphael Campus and obtained her medical degree from Tufts University School of Medicine. Dr. Minc most recently earned a certificate in Research in Health Disparities at the University of Illinois at Chicago and is continuing her work there to earn a Master of Public Health. Dr. Minc’s research focus is in health disparities research, particularly as it pertains to disparities in amputation rates for Peripheral Arterial Disease (PAD) and diabetes. Dr. Minc studies both race-related and rural-related disparities by investigating the effects of socioeconomic, demographic and comorbidity related risk factors on the development of PAD and rates of amputations. Dr. Minc’s long-term goal is to create a community-based intervention that will allow vascular surgeons to collaborate with community providers and patients to provide education, coordinate care and empower communities to reduce amputation rates and decrease disparities.

Jan Blair, B.A. is a native of Appalachia, born and raised in East Tennessee. As the Assistant director of Johnson City Schools’ Family Resource Center, she works with at-risk and high-risk students in system’s 21st Century Community Learning Center Afterschool Program. As an East Tennessee native she developed the same cultural habits that perpetuate the prevalence of CVD and CVD related risk factors in our region. A diet high in saturated fat and carbohydrates and smoking coupled with a sedentary lifestyle and working behind a desk led to a heart attack in 2011 at the age of 48. Lack of access to adequate primary medical care resulted in failed stents and another heart attack six months later. Although a rare anaphylactic event stopped the procedure, she was scheduled for CABG that year. Again, owing to lack of healthcare insurance, the procedure was never rescheduled. But uncontrolled high blood pressure necessitated double-bypass surgery in 2016. She continues to struggle with the economic burden of having CVD without adequate access to healthcare. Her first-hand knowledge of the realities of navigating CVD-related medical care in Central Appalachia can facilitate understanding of the need for patient-centered insights in shaping policy and programs for preventing and controlling CVD in our region. She has expressed gratitude at the opportunity to be a part of this project.