Red maple (Acer rubrum) has a widespread distribution throughout the Eastern United States. Red maple is found growing amongst other hardwoods including: black cherry, sugar maple, beech, and birch trees. In the spring, this species is one of the earliest trees to flower and is known for its vivid red foliage in autumn. 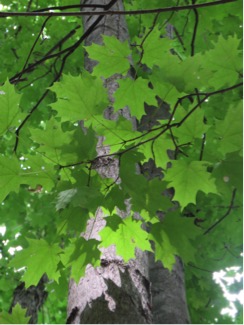 Yellow buckeye (Aesculus flava) is native to the Eastern United States and is found in rich, mesic soil near streambeds and on moist slopes with ample sunlight. Yellow buckeye is resistant to most disease and pests that plague other species in the Hippocastanaceae, or Horsechesnut family. The fruit of yellow buckeye produces two nuts per capsule, which is distinguished from the Ohio Buckeye that have one nut per capsule. 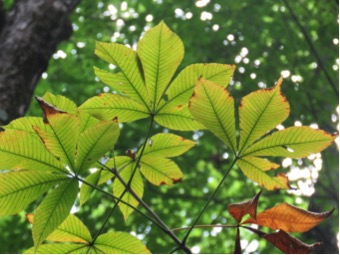 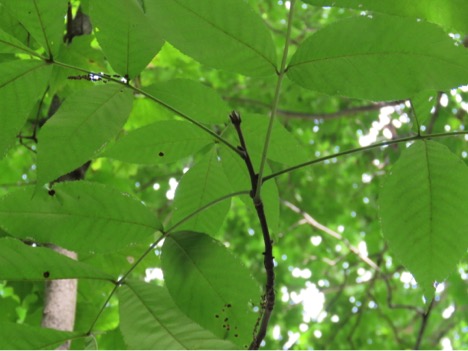 Eastern redbud (Cercis canadensis) is in the Fabaceae, or legume, family.  Eastern redbud is commonly planted as an ornamental, and is found in a variety of forest communities.  It thrives in well-drained soils and can withstand a variety of soil types, such as nutrient deficient soils. 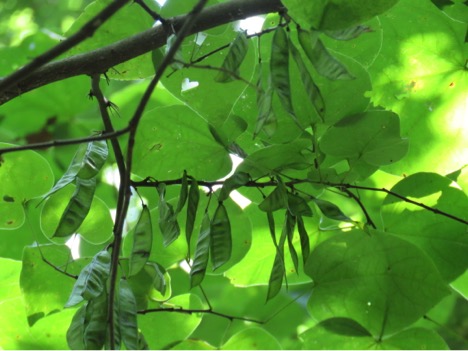 American beech (Fagus grandifolia) is found in mesic areas of the eastern deciduous forest. This species requires a lot of water and ample sunlight for optimal growth. Throughout the Southern Appalachians, American beech is often found on western slopes and at high elevations. Beech nuts are eatable and provide food for both humans and wildlife. 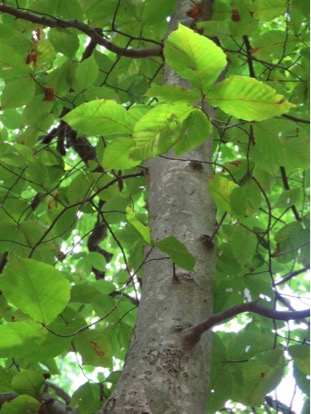 White ash (Fraxinus americana) is a hardwood, which is used to make baseball bats and tools. It grows in hardwood forests among: yellow poplar, black cherry, American beech, red maple, white oak and red oak. The species is dioecious; there are separate male and female trees. 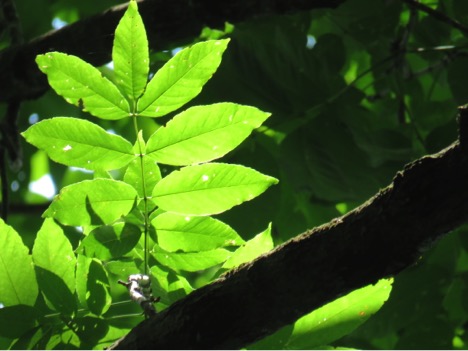 Spice bush (Lindera benzoin) is an understory shrub that does not reach more that 5 meters tall. Spice bush is found throughout low woods and in moist areas, near stream-sides or swamp margins. As the common name suggests, the foliage has a distinctive spicy smell. The fruits, leaves, and stems may be used for culinary flavor or tea. The species is dioecious. 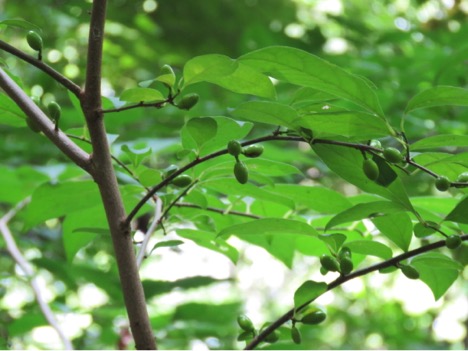 Tulip poplar (Liriodendron tulipifera) is in the Magnoliacaea family. Along with white pine, it is one of the tallest trees in eastern deciduous forests, and is known for its rapid growth. This species is used in industry for wood, is planted as an ornamental, and provides food for many animals. 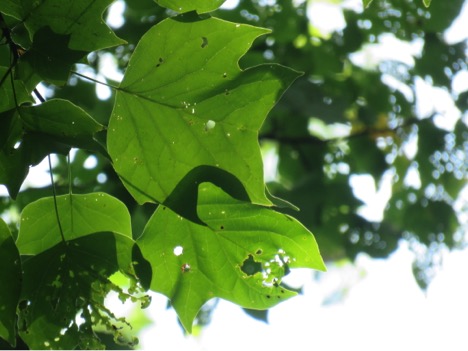