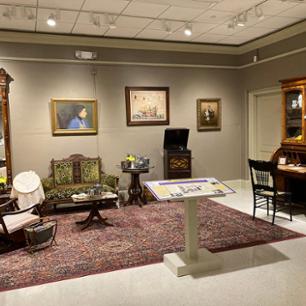 In Fall of 2020, The Reece Museum in cooperation with community partners presented Suffrage in Southern Appalachia, the story women and the social movements they created in the time leading up to the passage and ratification of the nineteenth Amendment on August 18, 1920. In celebration of the centennial anniversary, the exhibition featured Edwardian clothing, artifacts from the Reece Museum permanent collection and the Museum at Mountain Home, and historical photos and documents from the Archives of Appalachia and the Tennessee State Museum. Also included was art by muralist Ellen Elmes illustrating a Suffrage parade held in downtown Johnson City, TN. Related News: ETSU's Reece, Slocumb receive Tennessee Association of Museums awards 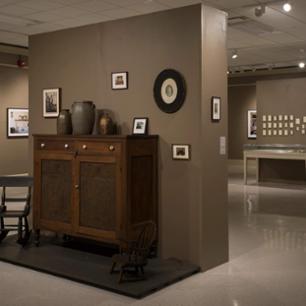 The DeVault Tavern was an exhibition exploring the Devault Tavern, a U.S. National Register of Historic Places listing, that is located approximately five miles west of Jonesborough in the community of Leesburg. Built the two-story brick tavern in 1819-1821, the house originally served as a way station and inn along the region’s primary stagecoach route, until the new railroad bypassed Leesburg in 1857 in favor of Jonesborough. Even after the house was a “tavern” in name only, it continued to anchor a working farm of 200 acres until the early 1960s. Brooklyn-based artist Paul Kennedy, who grew up in Jonesborough, began photographing and researching the DeVault Tavern in December 2009, just after its sale, and has continued to make photographs as the new owners began a gradual restoration. For the exhibition that opened in Spring of 2014, Kennedy was both artist and guest curator, designing an installation and writing interpretive labels that evoked the detective-like process of archival research and investigation.

The Tri-City Beverage Story: A History of Dr. Enuf and Mountain Dew 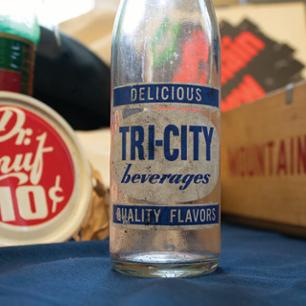 For additional information about past exhibitions please contact us.

If you wish to submit an exhibition proposal, please click here.