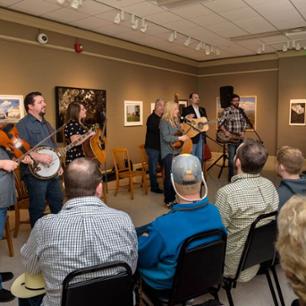 The Bachelor of Arts in Bluegrass, Old-Time, and Country Music Studies is designed to prepare students to succeed in a wide array of careers. Graduates from our program are entertainers, studio musicians, recording artists, songwriters, journalists for trade magazines, artist managers or promoters, road managers, museum managers and curators.

The following links and forms may be of use in keeping track of degree requirements: