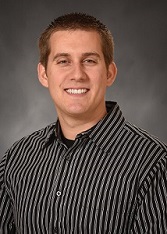 Outside of ETSU, he has production credits at the Interlochen Arts Camp, the Interlochen Shakespeare Festival, the Fox Valley Repertory Theatre, the DuSable Museum of African American History, and the Rozsa Center for the Performing Arts. He also has significant experience as a Rigger doing Arena, Theatrical, and Performer Rigging.